Mining of Lithium, Key to the Climate Fight, Faces New Scrutiny in Chile 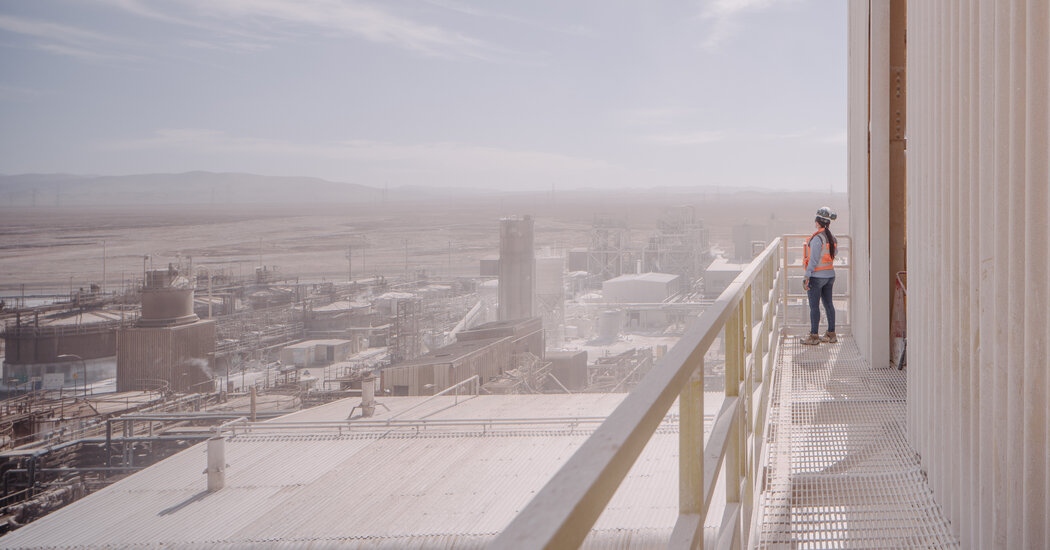 SAN PEDRO DE ATACAMA, Chile — Plans to expand lithium mining in Chile, the world’s second largest producer, hit political roadblocks this week, raising new questions about supplies of a metal that is in high demand as the world transitions away from fossil fuels and toward renewable energy sources.

Lithium is used in batteries, including those that power electric vehicles, and demand is soaring globally. It is also at the heart of a profound debate among Chileans, who are at odds over the social and environmental risks of lithium extraction. The New York Times reported last week on the consequences of mining for lithium in the ecologically sensitive salt flats of northern Chile and on how a new constitution, being drafted by an elected body, could change the mining sector, water rights and the country’s response to climate change.

The outgoing government of President Sebastián Piñera had invited bids in October from private companies to expand lithium production to 400,000 metric tons a year. But that plan has come under new scrutiny.

On Tuesday, opposition lawmakers from the left-of-center Partido por la Democracia, or Party for Democracy, filed an objection before an appeals court in the capital, Santiago, demanding that the bids be halted. And on Wednesday, the centrist Christian Democrats introduced a bill in the Chilean legislature to prevent sitting presidents from inviting new mining-contract bids in the final 90 days of a term.

Also on Wednesday, advisers to the president-elect, Gabriel Boric, who takes office in March, met with the current government to express their concerns about the lack of a national policy on the future of lithium. The latest call for bids would create contracts to extract lithium over a 29-year period.

Mr. Boric’s supporters have in the past urged the outgoing government to suspend the bids.

Diego Pardow, one of Mr. Boric’s advisers, said that the president-elect’s team favored what he called “common ground” between the outgoing government and the incoming administration.

Juan Carlos Jobet, the minister for energy and mining in the outgoing government, said he would look into the incoming government’s “legitimate concerns,” including whether to suspend the request for bids.

How to handle lithium production is likely to be one of the toughest issues facing Mr. Boric, a leftist former student leader who had campaigned on a promise to expand the social safety net and take ambitious climate action. With prices soaring on the global market, lithium mining could raise huge sums of money for his government, even as it carries yet unknown risks to the ecology of the area. Not least, lithium mining is divisive among Indigenous people of the area.

Mr. Boric has said little about his lithium plans, except to propose the creation of a national lithium company. Currently, two companies, Albemarle and Sociedad Química y Minera de Chile, or SQM, produce lithium under contracts with the government.

Pigs to the Rescue: An Invasive Species Helped Save Australia’s Crocodiles