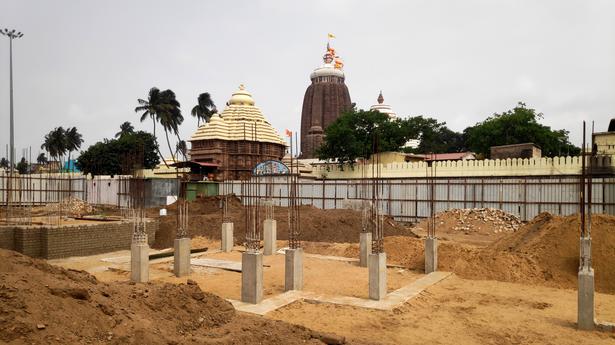 In a damning observation, the Archaeological Survey of India (ASI) informed the Orissa High Court that there was every possibility of the ongoing excavation near 12th century Jagannath Temple in Puri causing destruction of archaeological remains at the heritage site.

The Naveen Patnaik government had come under severe criticism for undertaking new construction without seeking the ASI’s permission beforehand, which is mandatory under the Ancient Monuments and Archaeological Sites and Remains (AMASR) Act, 1958.

The OBCC is the designated agency for implementing the project. “There is every possibility that the agency OBCC during the excavation or soil removal might have destroyed the archaeological remains of the heritage site,” the ASI said in the report.

“At several locations as seen from the cuttings, it is evident that removal of about 15 to 20 feet stratified deposit have taken place, which has caused irreparable damage to the heritage site. During the discussion, OBCC officials were clueless about the method of soil removal and cultural findings from the digging,” it mentioned.

Moreover, the apex conservation agency said: “It was informed during the discussion that no heritage impact assessment studies have been conducted before commencement of the project. No Ground Penetrating Radar Survey (GPRS) have been conducted to ascertain the archaeological and historical importance lying buried in the subsoil of 75m radius (Construction Zone) of Centrally Protected Monuments.”

“The construction work of the SMPP is in progress, which falls, in parts within both the prohibited and regulated areas of the centrally protected monument Shree Jagannath Temple, Puri,” the ASI pointed out.

It remarked: “The drawings and structural designs included in the revised detail project report [DPR] are different from the one presented to National Monument Authority. Frequent changes have been noticed.”

The DPR was silent about redevelopment and renovation of Mathas (which is an item in the DPR) located around the Centrally protected monument, the ASI submitted.