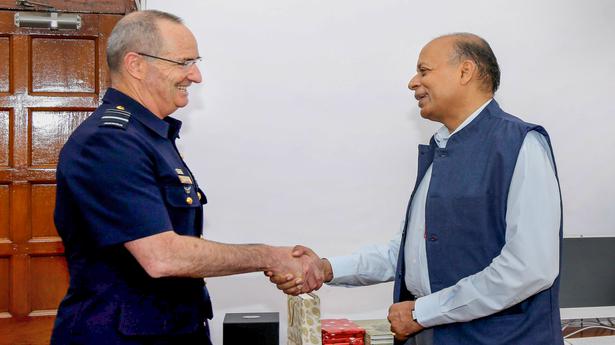 The defence and military ties between India and Australia have been on an upswing in the last few years.

In June 2020, India and Australia elevated their ties to a comprehensive strategic partnership and signed a landmark deal for reciprocal access to military bases for logistics support.

The Mutual Logistics Support Agreement (MLSA) allows the militaries of the two countries to use each other’s bases for repair and replenishment of supplies, besides facilitating scaling up of overall defence cooperation.

The Australian Navy was part of the Malabar naval exercise hosted by India in November 2020 as well as last year.

The navies of the U.S. and Japan were also part of it. Australia was part of the Malabar exercise this year as well.