State govt. should decide on NEP or varsities will lose out, says AIU chief 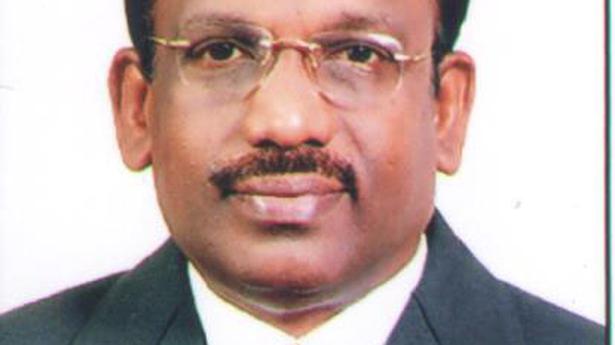 The State’s higher educational institutions will suffer in the political wrangles between the State and the Centre over the National Education Policy, cautions Association of Indian Universities president G. Thiruvasagam.

Higher education regulatory authorities such as the University Grants Commission and the National Assessment and Accreditation Council had revised institutional grading criteria, relying heavily on preparedness to implement the National Education Policy 2020, said the former Vice-Chancellor of the University of Madras.

“The government has not taken the issue of NEP implementation seriously. It will affect the State’s colleges, students and faculty. The State has constituted a committee but there is no clarity on when it will meet and take a decision, whereas daily the UGC Chairman has been sending a notification. The V-Cs are in a critical situation,” he said.

Universities were expected to submit the Annual Quality Assurance Report. Until last year, the report was an annual event but now institutions with NAAC grades must send the report every quarter.

The draft of NAAC’s new manual has 40 questions with around 800 marks related to NEP preparedness. It does not allow for entering information at a later date. All V-Cs and colleges have been sent the guidelines that include NEP features such as multiple entry and exit, interdisciplinary approach, skill development and dual degree facilities for students.

About 70% of the response to AQAR would be used for ranking and physical verification will be based on the report, Mr. Thiruvasagam said. “How will our V-Cs fill the required information without the government’s permission? They will have to get the approval of the academic council, board of studies and the syndicate, which has more government nominees,” he said.

“The AIU has requested to modify the ranking process. In our representation to NAAC, we have appealed that the manual should not be revised until all States implement the NEP,” he added. According to him, the government could refuse to go for NAAC grading. “If ranking is lost the universities would be in a difficult situation. Already, Tamil Nadu universities are not in category 1 and this could further affect students, institutions and faculty,” he cautioned.

Lack of representation from public universities in the State’s committee could hurt them, he said. “A sitting or former V-C would have knowledge about statutes and would be able to give effective advice from the perspective of government institutions,” Mr. Thiruvasagam said.

In a separate statement, former Anna University V-C E. Balagurusamy echoed a similar concern. The NEP aimed to make changes so that Indian institutions were able to compete at the global level, he said. An entrance test would only test the knowledge of students on subjects and it had nothing to do with language or cultures, he said.