Thrikkakara bypoll outcome will be against those stalling development, says Oommen Chandy 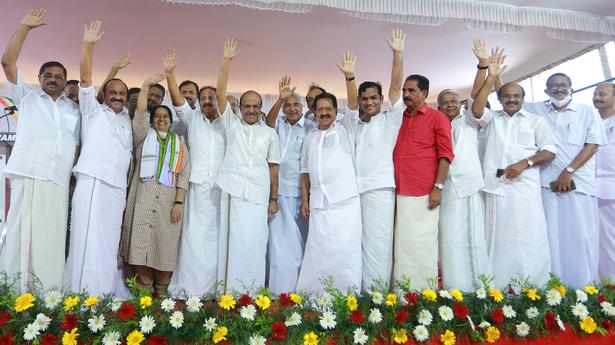 Former Chief Minister Ommen Chandy on Monday said that the Thrikkakara Assembly by-election would be the people’s verdict against those stalling the State’s development.

He said it was the Congress that had undertaken several development initiatives in Kerala and in other parts of the country. The airport at Nedumbassery and the international stadium in Kaloor were all brought in by United Democratic Front governments.

The Left, he said, had opposed the development initiatives that changed the face of the land and had accepted them when they had come under pressure to do so. He said the reason for Kerala not making it big in the field of higher education was the policies of the Left. The last six years of the Left Democratic Front government saw development take a backseat, he alleged.

Mr. Chandy also said that the Left government was putting people to misery in the name of the impractical K-Rail project. The Thrikkakara bypoll result would be the people’s warning against the anti-people projects of the State government, he added.