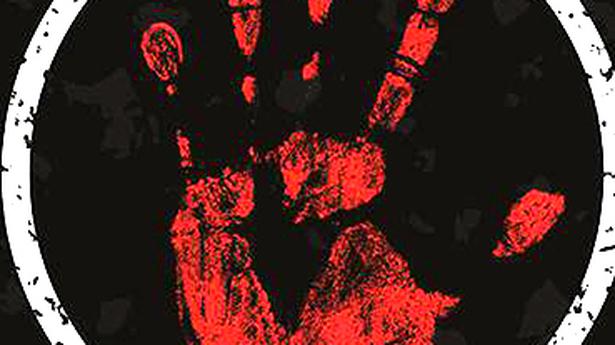 The woman from Jaipur has lodged a complaint against Rohit Joshi with Delhi police, who filed an FIR

The woman from Jaipur has lodged a complaint against Rohit Joshi with Delhi police, who filed an FIR

A 23-year-old woman has accused Rajasthan Minister Mahesh Joshi’s son Rohit Joshi of raping her multiple times in Delhi, Jaipur and elsewhere for over a year. The woman alleged that Rohit Joshi had promised to marry her after his divorce from his wife and carried out miscarriage of her child when she became pregnant.

The woman, who belongs to Jaipur, lodged a complaint against Rohit Joshi with the Delhi police, following which a first information report was registered at the Sadar Bazar police station in north Delhi district on Sunday. The Delhi police have reportedly intimated the Rajasthan police about the FIR for further investigation.

The woman said she had developed a friendship with Rohit Joshi on Facebook and the accused invited her to Sawai Madhopur in January last year. He allegedly spiked her drinks during a party and photographed when she was unconscious. He later used the pictures to blackmail and rape her on multiple occasions, according to the FIR.

‘No need for speculation’

Mr. Mahesh Joshi, the Public Health Engineering Department & Ground Water Minister in the Ashok Gehlot Cabinet, said here on Monday that there was “no need for speculations” over the case and affirmed that the police would do justice and find out the truth. “I have spent my entire life with truth and justice,” Mr. Mahesh Joshi told reporters.

Reacting to the allegations against his son, Mr. Mahesh Joshi said the police should be allowed to do their job, as he was sure that they would “go deep and find out the truth”. “The media trial is unwarranted… Be it this episode or any other case, I will always stand with truth and justice,” he said.

The woman has alleged that Rohit Joshi raped her several times between January 8 last year and April 17 this year. The FIR has been registered under Sections 376 (rape), 328 (causing hurt by means of poison), 312 (causing miscarriage), 366 (kidnapping, abducting or inducing woman to compel her for marriage), 377 (unnatural offences), and 506 (criminal intimidation) of the Indian Penal Code.

The rape charges against the Minister’s son, levelled just before the ‘Chintan Shivir’ of the Congress to be held in Udaipur this weekend, may cause a major embarrassment to the ruling party in the State. The pressure for Mr. Mahesh Joshi’s resignation may increase if the Opposition BJP raises the matter vigorously ahead of the congregation of Congress leaders for brainstorming.

Senior BJP leader Gulab Chand Kataria, who is Leader of the Opposition in the State Assembly, said the Congress government was trying to protect the accused. “It is in the culture of the Congress to cover up such cases, which is unfortunate,” he said. Bharatiya Janata Yuva Morcha State president Himanshu Sharma also demanded the immediate arrest of Rohit Joshi, failing which the BJP’s youth wing will launch an agitation, he said.