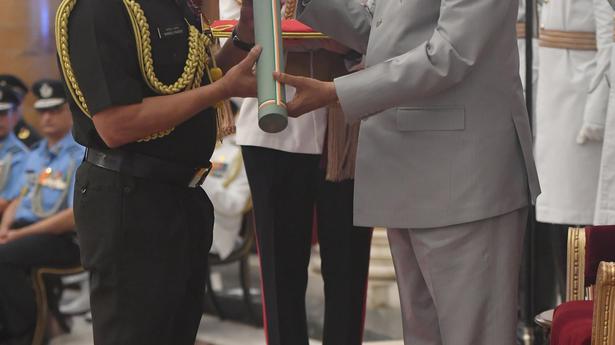 President Ram Nath Kovind, who is the supreme commander of the armed forces, conferred 13 Shaurya Chakras, including six posthumously, to Service personnel, a Defence Ministry statement said. “The Gallantry awards were given to the personnel for displaying conspicuous gallantry, indomitable courage and extreme devotion to duty,” it stated.

The awards of Gallantry and other defence decorations were approved by the President in January on the eve of 73rd Republic Day celebrations this January.

Gen. Pande took charge as the 29th Chief of the Army Staff on April 30. Before that he served as the Vice Chief of Army Staff from February 01 and as the Eastern Army Commander before that.