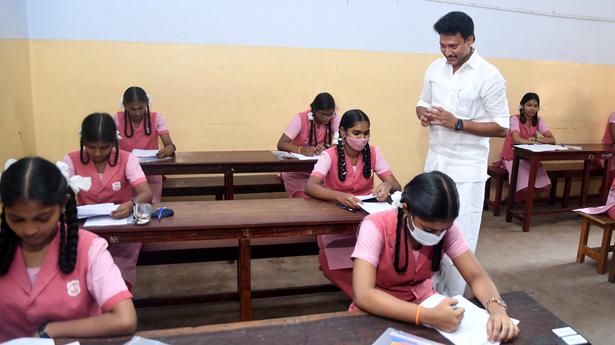 It’s our duty to ensure that they stay on the right path, says Child Rights Watch

It’s our duty to ensure that they stay on the right path, says Child Rights Watch

In an announcement that has raised concerns among educators and activists, School Education Minister Anbil Mahesh Poyyamozhi said in the assembly on Monday that students would be dismissed from school if they misbehaved with teachers.

Reacting to a question about the unruly behavior of students with teachers, the Minister said strict action would be taken. They would be immediately be issued a transfer certificate and a conduct certificate specifying the reasons for their expulsion, he had said.

The Tamil Nadu Child Rights Watch, in a representation to the School Education Minister said students would be greatly affected by this ‘exclusion approach’ if it was put into practice.

“Instead of regarding them as criminals and keeping them away from schools, it is our duty to ensure that they stay on the right path. Tamil Nadu has always been conducive for the welfare of children and must continue to be so,” said Stegana Jency and A. Gandhimathi, office bearers of TNCRW.

In their representation, they further said students were back in school after two years and this had contributed to the existing issues between students and teachers. “Despite several directions, many schools still do not have qualified counsellors on campus to speak to the students. In many schools, one teacher handles multiple classes and it is also hard to enforce good conduct. All these concerns should also be looked at,” they said.

P.K. Ilamaran, president, Tamil Nadu Teachers’ Association, too asked the Minister to withdraw this announcement, and said it would greatly affect the future of the students.

“While incidents of students’ misbehaviour are on the rise and seem to be shared a lot on social media, schools and teachers can effectively address this through counselling, by engaging with qualified counsellors and mental health experts,” he said.

Water to be released to Krishna delta by June 10