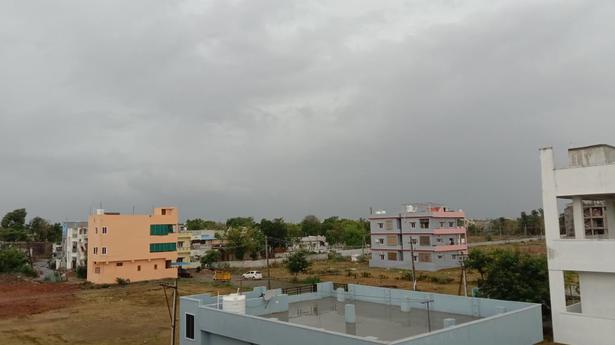 People of Vizianagaram, Parvatipuram and Srikakulam districts heaved a sigh of relief with the impact of Cyclone Asani which reduced temperatures significantly.

The day temperature went up to 40 degrees Celsius recently, causing untold miseries to the people of these three districts. The frequent power cuts added to their woes.

Many parts of these three districts witnessed significant rainfall from Monday midnight. Due to heavy wind speed, power lines were snapped in certain places including at Vizianagaram court complex premises.

Although there is not much damage to public and private properties so far, officials have been on high alert.

Considering heavy damage during previous cyclones such as Phailin, Hud-Hud, Titli and others, Mr. Shrikesh asked all the Mandal officers to be alert all along the coastal areas till the cyclone warning is withdrawn.

He directed the fishermen not to venture into the sea for the next couple of days.