Cyclone Asani to weaken by May 11 morning; several flights cancelled from Vizag 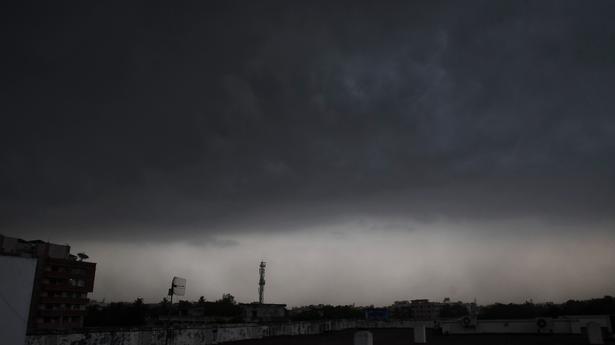 The severe cyclonic storm Asani over west-central and adjoining the southwest Bay of Bengal moved west northwestwards with a speed of 5 km/hour during the past six hours and lay centred over the same region, 260 km southeast of Kakinada and 300 km south of Visakhapatnam, 490 km south-southwest of Gopalpur (Odisha) and 570 km south-southwest of Puri (Odisha) on Tuesday morning.

It is likely to move nearly northwestwards till the night of May 10 and reach the west-central Bay of Bengal off north Andhra coast and adjoining Odisha coast. Thereafter, it is likely to weaken gradually into a cyclonic storm during the next hours.

All IndiGo flights coming into Vizag Airport and taking off from Vizag (23 arrivals and 23 departures) have been cancelled as a precautionary measure in view of Cyclone Asani on Tuesday.

Airport Director K. Srinivasa Rao said that AirAsia Delhi-Vizag-Delhi and AirAsia Bengaluru-Vizag-Bengaluru have been cancelled as of now. Air India has cancelled two arrivals and two departures from Vizag on Tuesday.