IndiGo applied rules for ‘unruly passengers’ for one with special needs 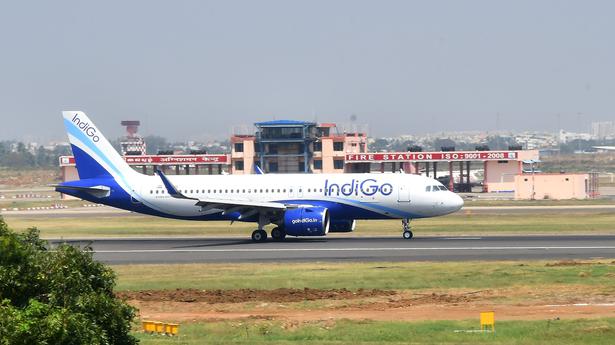 IndiGo’s CEO Ronojoy Dutta has defended his staff’s decision to deny boarding to a child with special needs because he was in “panic” and a safety hazard by citing rules that were framed in a very different context that was to deal with the likes of Shiv Sena MP Ravindra Gaekwad, who in 2017 hit an Air India official 25 times with his slipper because he was denied a business class seat.

A senior government official has also said that the airline was being insensitive by taking cover under the Civil Aviation Requirements (CAR or the Directorate General of Civil Aviation’s rules) on “Handling of Unruly Passengers” instead of talking about the provisions of the rules on “Carriage by Air – Persons with Disability and/or Persons with Reduced Mobility”.

The CEO said in various television interviews that the Section 4.4 and 4.5 of the CAR allow airlines to identify and monitor passengers who can pose a threat to the safety of the flight and prevent them from boarding a plane.

They grade offences into three categories — unruly behaviour such as physical gestures, verbal harassment, unruly inebriation; physically abusive behaviour such as pushing, kicking, hitting, grabbing or inappropriate touching or sexual harassment; and life-threatening behaviour such as damage to aircraft operating systems, or physical violence such as murderous assault. These offences can lead to a passenger being put on a no-fly list by airlines from three months to two years.

So, in citing these rules, the CEO is likening a special needs child with those passengers who use abusive language or physically assault airline crew members. In much the same way the airline’s manager at Ranchi airport compared the child with “drunk passengers” who can be a threat to flight safety, in the words of one of the eye witnesses.

There is, however, a separate CAR for persons with disabilities, that may need a relook in the light of the recent incident. The CAR on “Carriage by Air – Persons with Disability and/or Persons with Reduced Mobility” were framed in 2014 after disability rights activist Jeeja Ghosh, who suffers from cerebral palsy, was removed from a flight by SpiceJet because the pilot thought she was “mad”. In 2016, the Supreme Court awarded her a compensation of ₹10 lakh because of “unreasonable discrimination”.

The rules say that before denying boarding to a person on the basis of disability, the airline “shall specify in writing the basis of such refusal indicating its opinion that transportation of such persons would or might be inimical to the safety of flight”. They lay emphasis on issues of access and require airlines to ensure priority passage for persons with disability, provision for wheelchairs, a website that is disability friendly, and comfortable seats with adequate leg space on a plane. However, they don’t adequately deal with issues of prejudice and discrimination and perhaps the inquiry called by Civil Aviation Minister Jyotiraditya Scindia and the DGCA’s three-member fact finding team that is expected to visit Ranchi airport and meet the child’s family in Hyderabad could help address this lacuna.