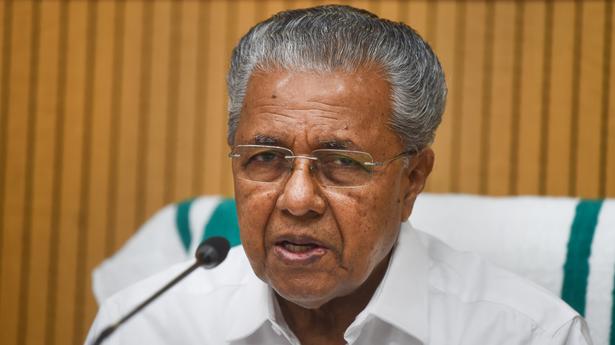 Kerala Chief Minister Pinarayi Vijayan returned to the capital early Tuesday after completing his second phase of treatment at the Mayo Clinic in the U.S.

Mr. Vijayan alighted at the Thiruvananthapuram International Airport from Dubai at 3.30 a.m. His wife, Kamala and a personal assistant were with the Chief Minister.

The campaign for the Thrikkakara Assembly election would rivet the CM’s attention in the run-up to the polls on May 31.

He will also inaugurate the Left Democratic Front’s (LDF) election convention in Ernakulam on May 12.

Mr. Vijayan will chair an in-person meeting of the cabinet on Wednesday. Spiralling fuel and cooking gas prices and counter inflationary measures are reportedly on the agenda.

Mr. Vijayan had governed remotely from the U.S. via a state-of-the-art e-file management system. The Chief Minister had also received his daily briefs, including from the police.

Uproar in council over dropped projects