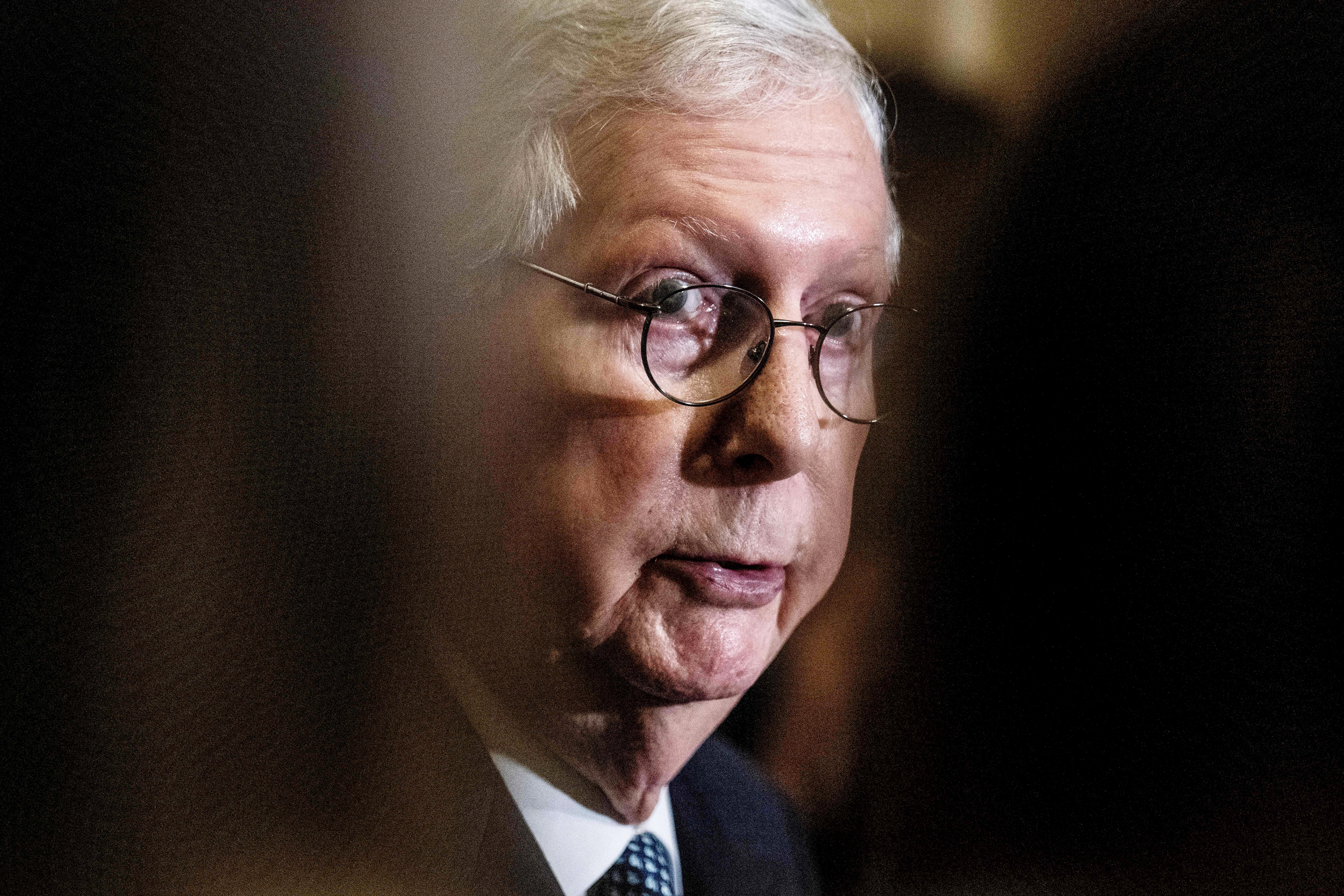 Senate Republican leader Mitch McConnell said Tuesday that he asked President Joe Biden last week to separate aid packages for Ukraine and Covid relief, as the combo bill stalled because of a fight over immigration rules.

“I had a chance to call the president last week and request that the Ukraine package move by itself and quickly,” McConnell said during a news conference. “I think we’re on the path to getting that done.”

“It needs to be clean of extraneous matters — directly related to helping Ukrainians win the war,” McConnell added.

The House is now scheduled to vote on Tuesday on legislation to provide additional aid to Ukraine.

Biden on Monday told Congress to pass the $33 billion in Ukraine aid without the $10 billion in Covid relief.

Biden’s decision to agree to decouple the two spending packages will likely make it harder to pass the Covid relief, which the administration has said is needed to continue to provide widespread testing and free vaccinations.

When asked Tuesday about the jammed up Covid aid, McConnell said it needed to be discussed in tandem with the administration’s effort to lift a immigration restrictions, known as Title 42, that former President Donald Trump imposed in the early days of the pandemic.

Some Democrats in the president’s party have pushed for allowing Title 42 to expire, which would allow more migrants into the country. Republicans, while pushing for other Covid-related restrictions to be relaxed, have remained steadfast in insisting that the immigration rules remain in place.

“It’s something we’re going to continue to discuss, and as you know there’s a broad bipartisan demand for continuing Title 42, and I think that’s the context in which that vote ought to occur,” McConnell said.

Zoë Richards is the evening politics reporter for NBC News.

With House primary win in Oregon, Latina Andrea Salinas is out to make history in November

Disinformation head Nina Jankowicz resigns after DHS board is paused