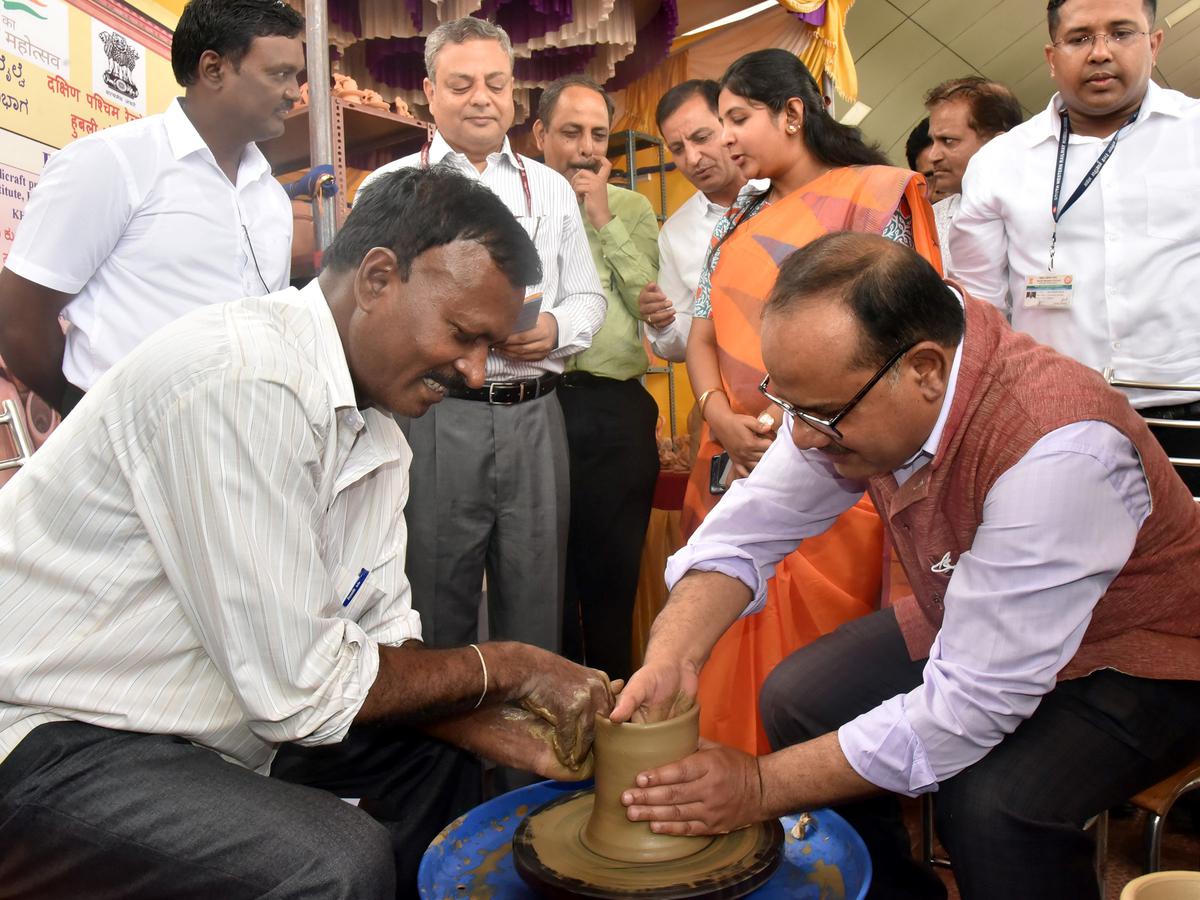 For the next 15 days, pots and earthenware are being made available under ‘One Station One Product’

For the next 15 days, pots and earthenware are being made available under ‘One Station One Product’

Those travelling to Hubballi and also local residents can now get pottery products of Central Village Pottery Institute (Khadi and Village Industries Commission), Khanapur in Belagavi district, at Sri Siddharoodha Swami Railway Station in Hubballi for the next 15 days.

Speaking after the formal inauguration, Mr. Sanjeev Kishore said that “One Station One Product”, a novel initiative of the Union Government, has received good response from artisans and also the general public.

“The initiative aims to promote local products by making each railway station a promotional and sales hub for them. It encourages local craftsmen and artisans to market their products more effectively,” he said and added that Hubballi Division earlier allotted the stall for exhibits and sales of Sandur Lambani Embroidery products and Betageri, Ilkal Saris for 15 days each. And, both the stalls have received good response from the public.

After the inauguration, Mr. Sanjeev Kishore, Mr. Arvind Malkhede and A.S. Rao, Santosh K. Verma, Hareitha S., and others checked out the pottery products. A few also tried their hand in pottery-making.

The Central Village Pottery Institute at Khanapur, run by Khadi and Village Industries Commission, was established in 1954. It offers courses in pottery. It is the only pottery institute in India, training artisans with use of red clay for pottery.  The institute is working towards protecting and passing on the beautiful art of making pots and earthenware to the future generations.