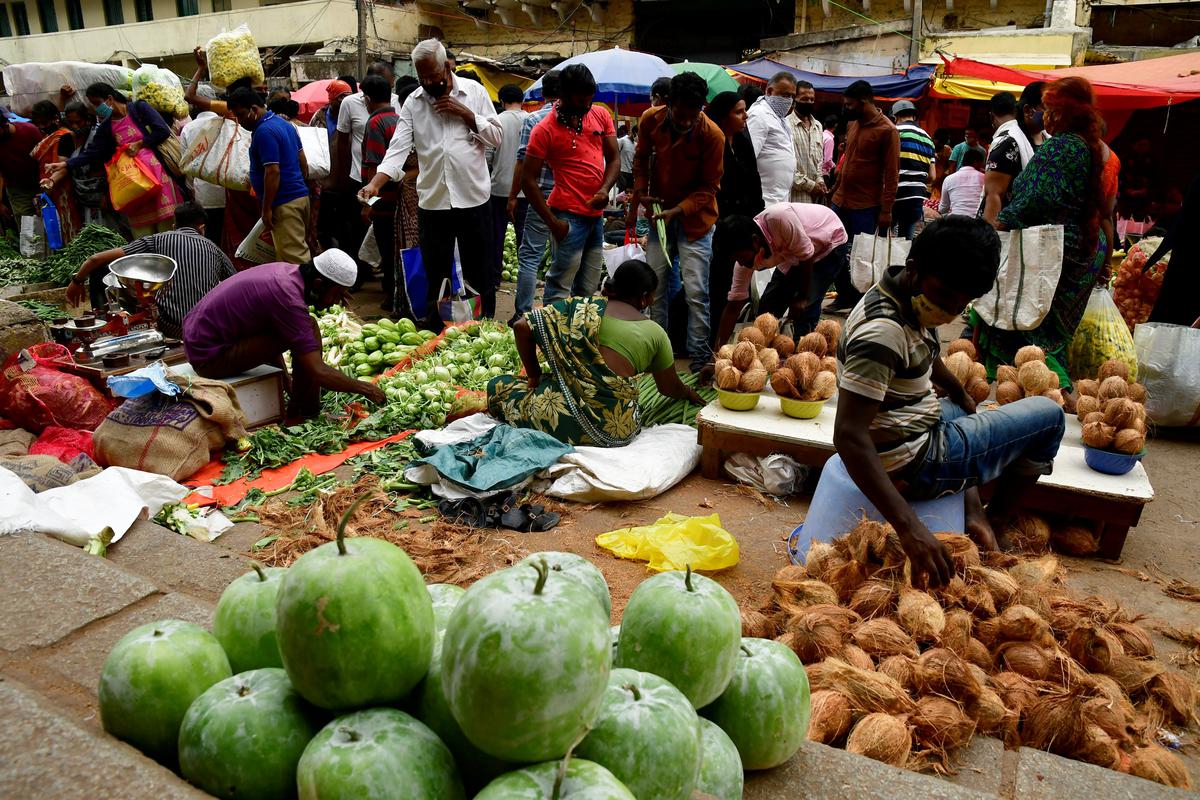 Unseasonal rains in the vegetable-growing belt around Bengaluru has led to a supply crunch in the city, which has resulted in an escalation of prices. In the last week, most vegetable prices shot up by ₹5 to ₹10 in the markets. The prices are expected to rise further in the next seven to 10 days before stabilising.

This year, even during Ugadi in April, the prices of vegetables remained stable as there was an excess of supply owing to the showers in January-February. “During the last week, the arrivals (of vegetables) have reduced as it is raining continuously in regions like Malur, Hoskote, and others. The prices of tomatoes and beans have skyrocketed. We have also seen an unusual increase in the price of knol khol,” said Sridhar of K.R. Market Vegetable Traders’ Association.

“Farmers do not go to fields when it is raining and by the time they harvest the vegetables, the quality reduces. Hence, even the supply which arrives at the market will not all be of a top quality,” another vegetable trader said.

A manager at HOPCOMS noted that the supply from neighbouring States has also come down in the last week. “We are noticing a lot of fluctuations in the last five days,” he said.

Officials of the Horticulture Department said that these rains have caused some definitive crop loss. “However, this will not affect the farmers much, as vegetables are usually multi-harvest crops. After the weather conditions stabilise, the next harvest will help them recover what they lost now. The prices will also stabilise after maybe a couple weeks,” said Dhanaraj, Joint Director (Vegetables), Horticulture Department.

The prices are expected to rise further in the next seven to 10 days before stabilising.

But for consumers, it is a double blow. “After edible oil, now the prices of vegetables have also gone up. Beans especially, which is used regularly in our cooking, sees a price rise every few months. That is why I’m now making a shift to vegetables like pumpkin and cabbage as their prices are comparatively lesser,” said Sheila S., a resident of Puttenahalli.

With mangoes arriving late to the market this year, the demand has gone up considerably. “After waiting for the fruit for so long, people are not opting to buy other fruits. The prices of usually expensive fruits like pomegranate have also come down to ₹150-180 from ₹200-220 10 days ago,” said a merchant from the Electronics City fruit market.

Bosch to hire over 1,000 persons in India this fiscal

CM appoints zonal task force for Bengaluru, to be headed by ministers