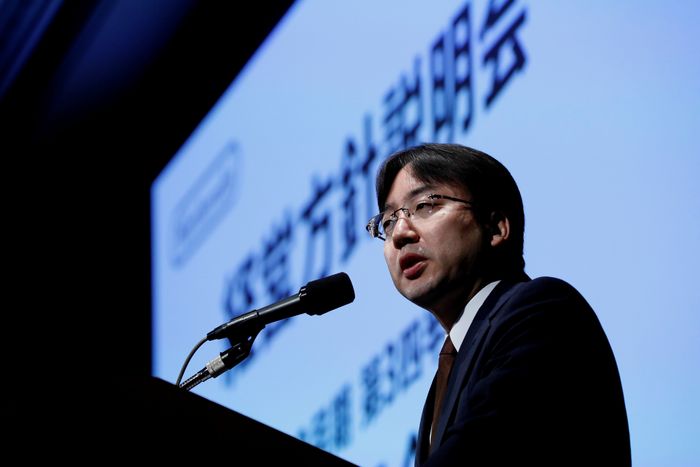 said their flagship videogame machines are likely to be in short supply all year owing to component shortages, extending a problem that has plagued both companies.

“There’s no end in sight to the semiconductor shortage at this point,” said Nintendo’s president,

said the company aimed to sell 18 million units of its PlayStation 5 videogame console in the current fiscal year, which ends in March 2023, down from a previous projection of 22.6 million. Demand is greater than what Sony can supply, he said.

Among other problems, Mr. Totoki cited Covid-19 restrictions in China, including a lockdown in Shanghai, that have made it hard for companies there to manufacture and ship parts used in game machines.

“It would be likely to affect our production if the pandemic situation in China worsens, or if the lockdown expands further,” he said.

The PlayStation 5 has been notoriously hard to get hold of since its introduction in 2020. In the fiscal year ended March 2022, Sony said it sold 11.5 million units of the machine, falling short of the previous target of 14.8 million.

The good news for Sony: It is selling every videogame machine it can make as well as plenty of game software. Combined with solid results from its movie studio, music division and consumer-electronics unit, that led to record operating profit of ¥1.2 trillion, equivalent to $9.2 billion, last fiscal year.

Nintendo, which is more dependent than Sony on videogame hardware sales, saw sales and profit fall slightly in the last fiscal year and forecast a further decline in the current year, also tied to supply problems.

Nintendo said it sold just over 23 million Switch machines last fiscal year, down 20% from the previous year, and sales are expected to fall further this year to 21 million units.

Mr. Furukawa, the Nintendo president, said even that figure wasn’t assured because supplies of semiconductors and other components remained tenuous. Nintendo projected net profit would fall in the current fiscal year to ¥340 billion, equivalent to $2.6 billion, from ¥478 billion last fiscal year.

Separately, Nintendo said it would carry out a 10-for-1 stock split at the end of September in an attempt to attract more individual investors in Japan, where the company’s shares are listed. Currently the minimum purchase of Nintendo stock—100 shares—would cost a Japanese retail investor the equivalent of more than $40,000, putting it out of reach for many people.

—Kosaku Narioka contributed to this article.

Twitter Moves to Limit Spread of Misinformation in Crises