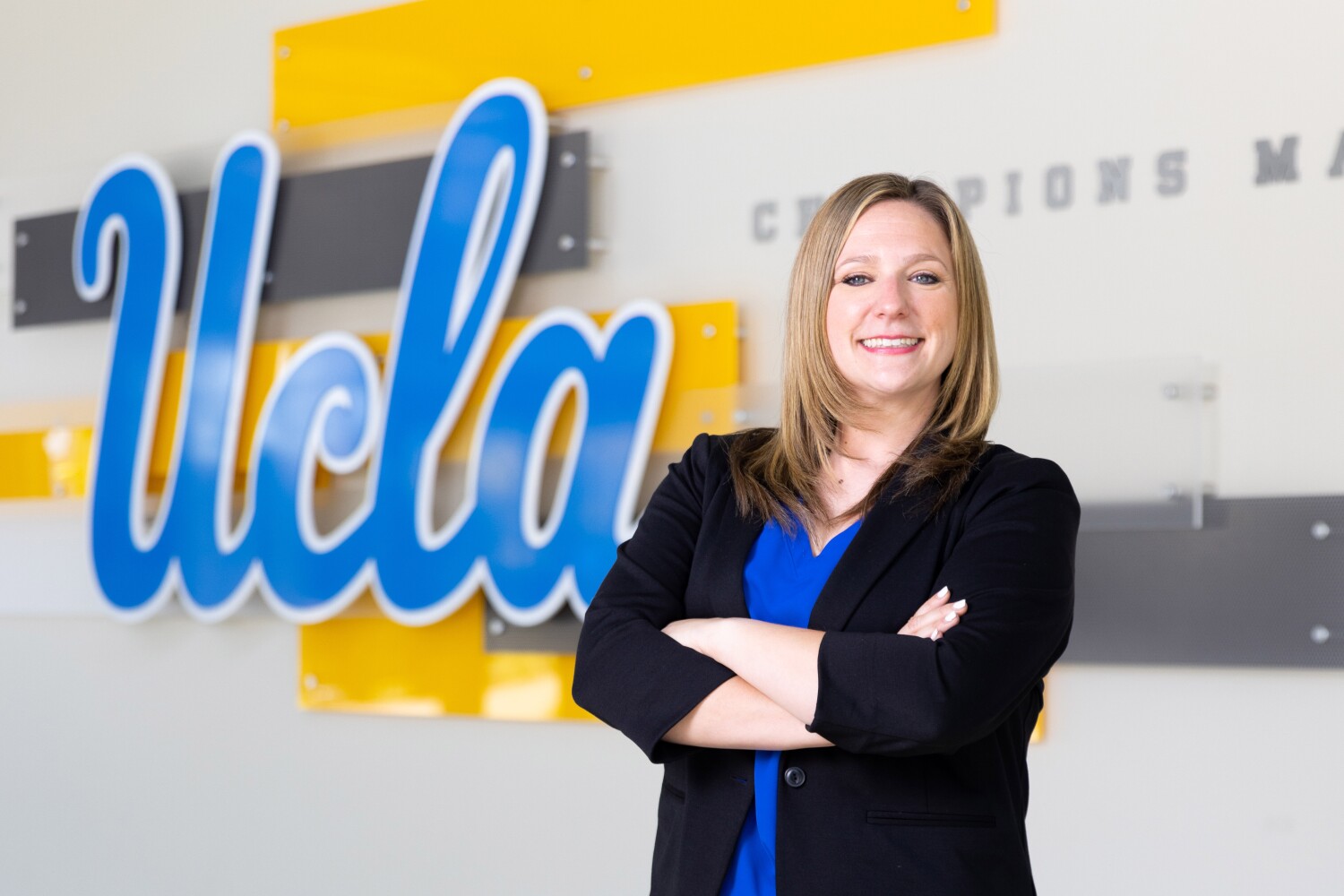 As UCLA fell from the top of the Pac-12’s gymnastics ranks in recent years, California moved in to fill the void. During the past two years in which the Bruins failed to advance to the NCAA championships, the Golden Bears put together their best season in school history despite a pandemic-affected training schedule in 2021 and won their first Pac-12 title, sharing the regular season crown in 2022.

In need of a fresh start, the Bruins turned to their in-state rivals for their next leader.

UCLA hired California assistant coach Janelle McDonald to take over its gymnastics program on Monday, hoping a new voice can help one of the school’s most popular teams regain its championship luster.

The previous coaching staff, led by Chris Waller, lasted only three seasons after Waller abruptly resigned at the end of the 2022 season.

While Waller’s extensive resume included NCAA championships as a competitor on UCLA’s men’s gymnastics team and an Olympic all-around final appearance in 1992 before becoming the top assistant under former UCLA coach Valorie Kondos Field, McDonald did not compete collegiately. She attended Arizona State, where she interned with the gymnastics program in 2010.

However, she is an experienced club coach, working at top gyms including Desert Lights in Arizona — which produced Olympians Jade Carey and MyKayla Skinner — and Texas powerhouse WOGA.

McDonald joined Cal’s staff in 2018, specializing in bars. In 2021, she was named WCGA Region 6 assistant coach of the year as the Bears made their fourth NCAA championship appearance while setting program records on bars, beam and floor and in overall team score. McDonald coached the top-ranked bars squad in the country, led by individual NCAA champion Maya Bordas. Cal tied a 17-year old NCAA record on bars with a 49.825 mark in a meet against UCLA.

Cal nearly ended its women’s gymnastics program in 2010 because of budget cuts, but the Bears are now one of the top teams in the Pac-12 under co-head coaches Justin Howell and Elisabeth Crandall Howell. The program attracted former elite stars like Andi Li, whose older sister Anna once starred at UCLA, and incoming freshman eMjae Frazier, who competed at the world championships for the United States in 2021. She is also the younger sister of former UCLA star Margzetta Frazier.

Margzetta Frazier, who broke her foot in the season-opening meet this year, openly called for a coaching change on an appearance on actress Amanda Seales’ podcast during the season amid controversy about how Waller and his staff handled a preseason incident in which a former gymnast used racist language. Tension among gymnasts and coaches lingered throughout the season as the Bruins missed the NCAA championship cut by 0.025 points in the NCAA regional final. It was the first time in program history that UCLA hadn’t competed as a team at the national meet in back-to-back years.