Letter to CM: ‘Don’t go down in history as the person who allowed steep downturn in Karnataka’s reputation’ 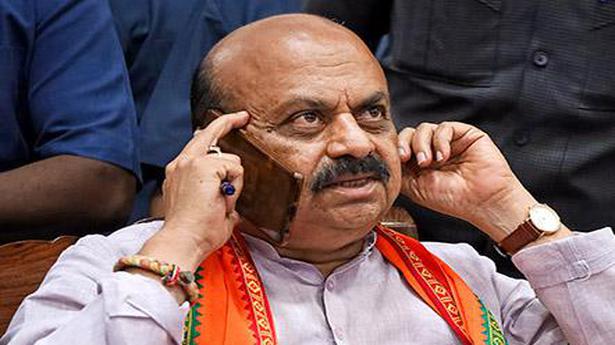 As many as 75 writers, scholars, artistes, film-makers, scientists and former bureaucrats have written to Chief Minister Basavaraj Bommai underlining the urgent need to restore peace and religious harmony in Karnataka in the light of some recent incidents

As many as 75 writers, scholars, artistes, film-makers, scientists and former bureaucrats have written to Chief Minister Basavaraj Bommai underlining the urgent need to restore peace and religious harmony in Karnataka in the light of some recent incidents

As many as 75 writers, scholars, artistes, film-makers, scientists and former bureaucrats have written to Chief Minister Basavaraj Bommai underlining the urgent need to restore peace and religious harmony in Karnataka in the light of some recent incidents.

The signatories have said that they have been trying to secure an appointment with Mr. Bommai for over a month with no success, to discuss the situation in Karnataka, forcing them to write an open letter.

“We believe the restoration of communal harmony is an important and urgent task, and trust that the government you head will not wish to go down in history as the one that precipitated a steep downturn in the reputation and fortunes of our State through inaction,” the letter states.

A reputation to guard

“We are a group of concerned citizens from different walks of life based in Karnataka who, like lakhs of fellow citizens, are deeply disturbed by recent developments in the State that threaten to destroy the peace, diversity and pluralism for which Kannada Naadu has long been known, and admired. We believe it is our duty to bring our concerns and suggestions to your attention for corrective action,” the letter states, giving a detailed account of Karnataka’s ‘long-standing, proud history of communal harmony that pre-dates the formation of the State in 1956’.

“It is not for nothing that our Rashtra Kavi Kuvempu’s Naada Geethe (State anthem) described this land as sarva janangada shantiya thota – a garden of peace for diverse communities – nearly a century ago. It is this open-minded, cosmopolitan culture of Karnataka that has made it a magnet for creative and innovative minds from across the country in more recent times,” the signatories said. This inherent syncretism, they said, had made Karnataka “one of the most vibrant and dynamic States in terms of science and technology, education, healthcare, entrepreneurship, literature and the arts, social and cultural life, and much else”.

It is in this backdrop that the recent spate of attacks of various kinds aimed at Muslim, Christian and Dalit communities has shocked and upset those who pride themselves on Karnataka’s receptive and inclusive nature. “It is even more alarming and distressing that some people in responsible positions, including several who hold office having taken an oath to uphold and abide by the letter and spirit of the Constitution of India, now openly violate that solemn pledge and demonise members of certain minorities,” they said.

The signatories have put forward several demands, including safeguarding vulnerable citizens and guarantee that victims of crimes, including communal and casteist hate crimes, have full access to justice. They have sought prompt and strong action against those who indulge in hate speech, that the State stand up publicly against the misinformation and false stories about minorities that are regularly being circulated.

The letter has also appealed to the media “that have been openly stoking the fires of division and discord by promoting intolerance, hatred and violence, and spreading fake news and false rumours” to immediately stop such malpractice.