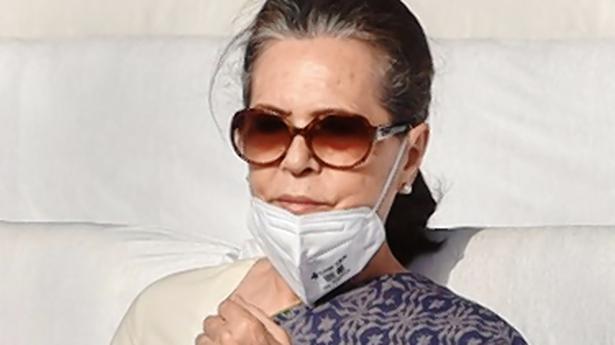 The move reflects the assertion of the Gandhi family over G-23 leaders.

The move reflects the assertion of the Gandhi family over G-23 leaders.

T. Subbarami Reddy from Andhra Pradesh and former Uttar Pradesh Congress chief Ajay Kumar Lallu have been elevated to the CWC as a permanent invitee and a special invitee respectively.

The new appointments also reflect an attempt to carefully balance inner party political equation. While Mr Singhvi has been elevated in recognition of his contribution to and handling of legal issues, Ms. Selja, a loyalist of the Gandhi family, has been brought in as a counter to former Haryana Chief Minister Bhupinder Singh Hooda.

The new inductions to the CWC, announced on June 23, come at a time when the process of organisational elections to elect new Pradesh Congress Committee (PCC) chiefs are under way.

The internal organisational polls will culminate in the election of a new All India Congress Committee (AICC) president and reconstitution of the CWC. Having elected members to the CWC has been a key demand of G-23 leaders, the ginger group that has been pushing for reforms.

So, the new inductions, months before AICC presidential election, can be seen as an assertion by the Gandhi family. After the Nav Sankalp chintan shivir in Udaipur in May and the Rajya Sabha elections last month, the G-23 too has almost dissipated.

Except some key members including Ghulam Nabi Azad, Anand Sharma, Manish Tewari, who are pressing for key internal reforms, others members Mukul Wasnik, Vivek Tankha and Bhupinder Singh Hooda are back within the Gandhi fold.