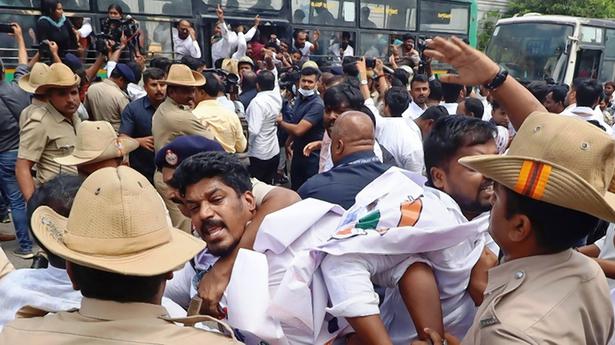 The Tamil Nadu Congress Committee (TNCC) will hold protests across Tamil Nadu on June 27 against the Agnipath scheme, unveiled by the BJP government.

Addressing a press conference here on Sunday, Congress deputy leader in the Lok Sabha, Gourav Gogoi said the scheme was brought in only because of Prime Minister Narendra Modi’s ego and that the Prime Minister had not uttered a word despite several protests by youngsters against the scheme.

Mr. Gogoi said the government was trying to implement the scheme just to save on pension and did not seem to be bothered about the external threats India was facing at its borders.

He said while Mr. Modi had promised to create 2 crore jobs each year in 2014, India was facing massive unemployment in 45 years. “After failing to create the promised jobs, the Modi government is now trying to put a question mark over the future of youngsters,” he said.