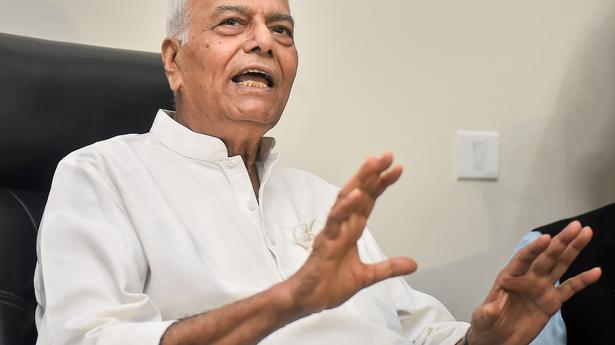 Mr. Sinha handed over four sets of nomination papers to Rajya Sabha Secretary-General P.C. Mody, who is the Returning Officer for the presidential election.

Mr. Sinha was named as the common Opposition candidate for the presidential election on June 21.