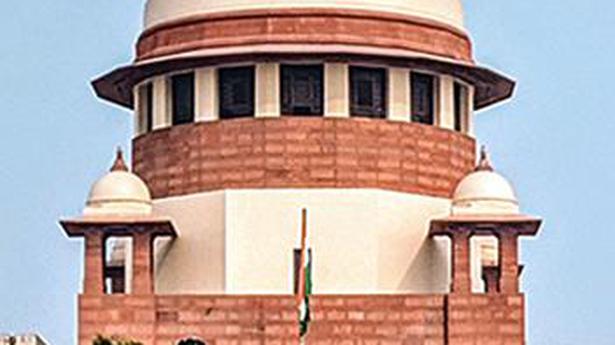 The Supreme Court will hear on Wednesday the pleas against the “extra-legal” demolition of buildings linked to the accused involved in violent protests in Uttar Pradesh’s Kanpur and Prayagraj over objectionable remarks made by now sacked two BJP functionaries on Prophet Mohammed.

A vacation bench of Justices Surya Kant and J. B. Pardiwala is scheduled to hear the petitions filed by the Muslim body Jamiat Ulama-i-Hind.

The Jamiat had earlier filed another plea on the issue of demolition of buildings and other allegedly illegal structures in Jahangirpuri in the national capital.

The Uttar Pradesh government has told the Supreme Court in an affidavit that the demolitions were undertaken in accordance with the law and the exercise was in no way meant to punish the accused for their involvement in violent protests following the remarks made by the BJP leaders against the Prophet.

“The said demolitions referred to in the interlocutory applications have been carried out by the local development authority, which are statutory autonomous bodies, independent of the state administration, as per law as part of their routine effort against unauthorised/illegal constructions and encroachments, in accordance with the UP Urban Planning and Development Act, 1972,” the state government has said.

It has said none of the actual affected parties, if any, have approached the apex court against the lawful demolition action.

“It is humbly submitted that in so far as taking action against the persons accused in rioting, the state government is taking stringent steps against them in accordance with a completely different set of statutes namely–CrPC, UP gangster, and Anti-Social Activities (Prevention) Act, 1986 and Rules, 2021, Prevention of Public Property Damages Act and Uttar Pradesh Recovery of Damages to Public and Private Property Act, 2020 and Rules, 2021”, it said.

It noted that two builders in Kanpur have also admitted that the demolished structures were illegal.

The state government has also pointed out that the top court, in a recent petition filed by a political party over the alleged demolition exercise in Shaheen Bagh in New Delhi, noted only the affected party and not political parties can move the court and allowed the plea to be withdrawn.

The state government has taken “strong exception” to the attempt by the petitioners to name the highest constitutional functionaries of the State and “falsely colour” the local development authority’s lawful actions as “extra-legal punitive measures” against the accused persons, targeting a particular religious community.

It rejected the allegations as false.

The petitioners, on the other hand, have referred to the communal tension in the two cities over the offensive remarks made by the two BJP leaders that sparked protests and scuffles.

One of the pleas said, “After the violence in Kanpur, a number of persons in authority have stated in the media that the properties of suspects/accused would be confiscated and demolished. Even the Chief Minister of the state has said in the media that the houses of accused persons would be razed using bulldozers.” The plea alleged that the adoption of such “extra-legal measures” were in clear violation of the principles of natural justice, especially when the apex court is hearing the present matter.

BJP national spokesperson Nupur Sharma was suspended and the party’s media head of the Delhi unit Naveen Kumar Jindal expelled amid uproar over their remarks against the Prophet that triggered protests in several places across the country.