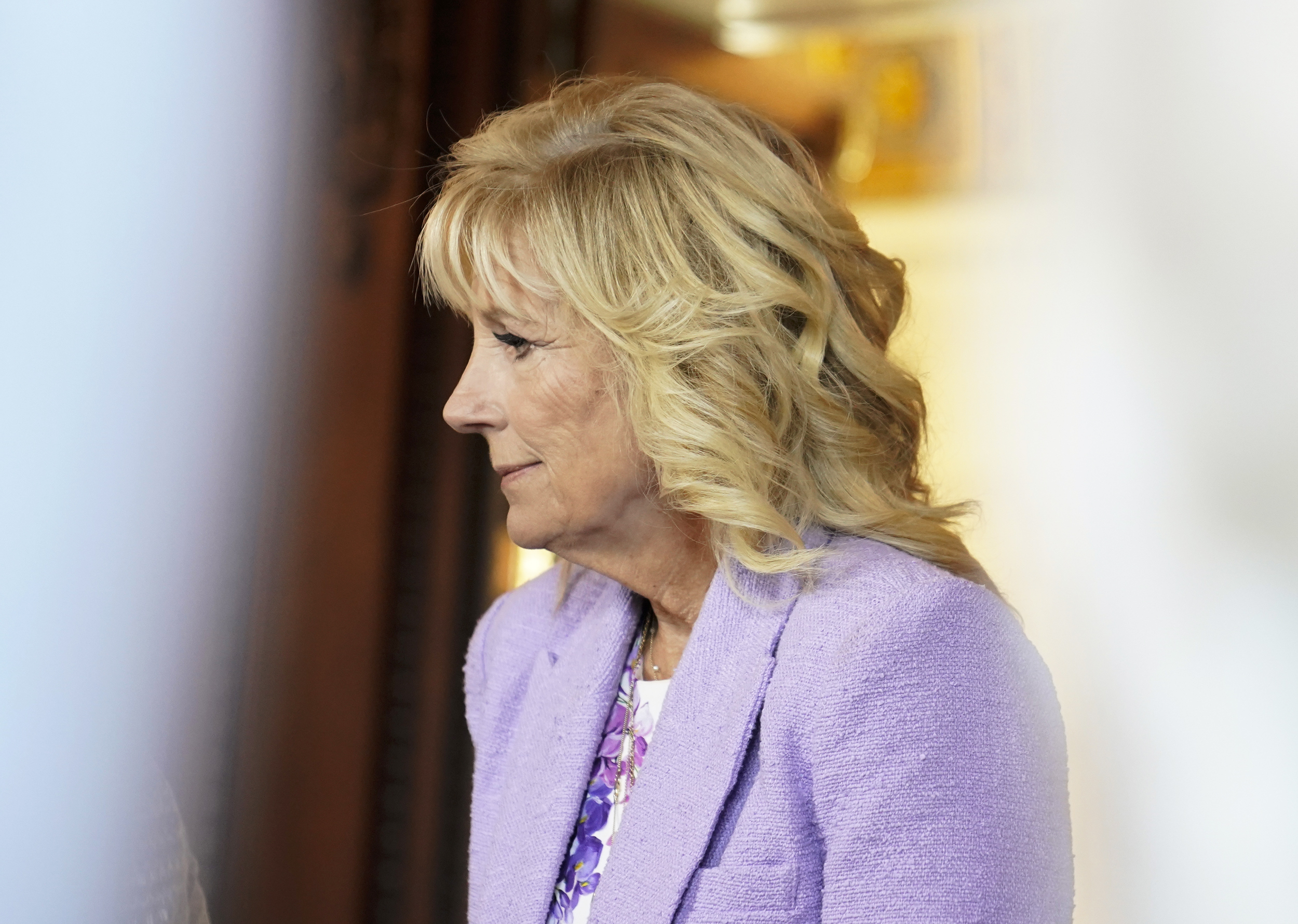 A man was arrested after allegedly interfering with first lady Jill Biden’s motorcade and then tussling with Secret Service officers, authorities said Tuesday.

The incident happened at 5:02 p.m. EDT on Monday when the suspect “attempted to enter the restricted portion of the roadway and disregarded orders to stop from U.S. Secret Service Uniformed Division Officers,” according to a Secret Service statement.

He was taken into custody after “attempting to flee from officers,” which led to “a minor physical altercation,” the agency said.

Two officers and the man were taken to a hospital for evaluation. The suspect was booked on suspicion of assault on a police officer, failure to obey, crossing a police line and resisting arrest.

The Secret Service did not immediately identify the suspect or give a precise location of where the incident unfolded.

Biden was in Washington, D.C., on Monday and her only publicly listed event was an afternoon appearance at the Long View Gallery. That’s where she attended a fundraiser for Equality PAC, the political arm of the Congressional LGBTQ Equality Caucus.

NBC News has reached out to the first lady’s office for comment.