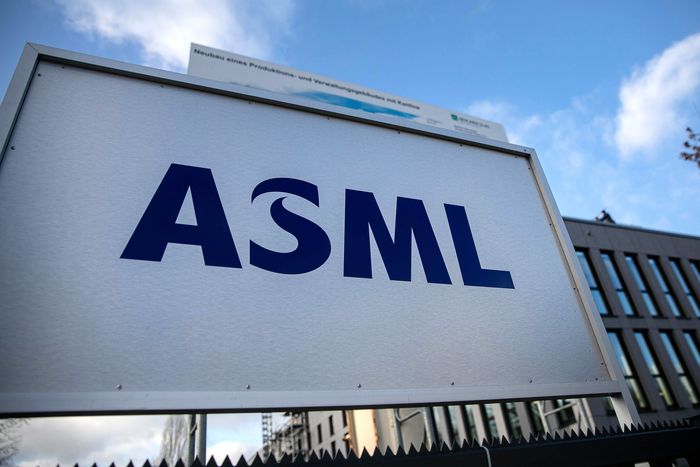 The world’s only manufacturer of a machine for making advanced semiconductors reported record orders as chip makers continue seeking to boost their production capabilities despite a recent slowdown in demand.

NV said Wednesday that while it faces the same challenges of inflation, supply-chain constraints and recession concerns that many other companies do, it has a big backlog of orders and predicts strong demand for years to come.

For the second quarter, the company reported a 35% rise in sales to 5.4 billion euros, equivalent to $5.5 billion, compared with a year earlier. Profit increased 36% to €1.4 billion.

said the company accepted orders totaling €8.5 billion in the three months ended July 3. He said that the quarterly record signaled that chip makers still want ASML’s equipment despite the recent slowdown in demand that followed a pandemic-era boom, as well as concerns about a possible economic downturn.

“If it’s a moderate recession, I think the impact will be very limited, for the simple reason that we have such a big backlog, that our customers are coming to us and saying, ‘Listen, if we see a slowdown, sure, but one thing is certain: We want your machines,’” Mr. Wennink said.

Mr. Wennink said the strong demand was a result of a few reasons. One was the long lead time required to build ASML’s most advanced machine, which costs $160 million, weighs 180 tons and requires three

747s to ship. Another was that while the need for chips for personal computers and smartphones was dropping, that would be offset by increased demand for semiconductors for high-performance computers and automobiles, among other needs.

ASML plans to build 55 of its most advanced machines this year and more than 60 next year. It is evaluating whether it can ramp that up to 90 a year by 2025.

One reason that ASML enjoys a monopoly on making its top product, known as the extreme ultraviolet lithography machine, is that three huge chip rivals—

—came together a decade ago to jointly invest in the Dutch company, whose leading-edge technology requires intensive research and development. All three companies have since slashed their ASML stakes.

ASML’s machines draw a checkerboard of thin lines—a fraction of the width of a human hair—onto silicon wafers. Those lines are then etched away to create tiny transistors. The more transistors on a piece of silicon, the more powerful the chip. ASML’s specialty is that its machines print the world’s thinnest lines.

“ASML, even in a down cycle, we expect to be resilient because they have that monopoly,” said Rolf Bulk, a technology analyst at New Street Research. “ASML is one of the few companies out there where there is no competitor on the horizon at all, no credible threat to the strong position.”

Still, ASML isn’t immune to problems plaguing other companies. Mr. Wennink said supply-chain constraints and parts not coming in on time prompted the company to delay some sales to next year. It now expects 2022 sales to rise 10% to €20.5 billion, down from an earlier forecast of 20%.

Write to Stu Woo at Stu.Woo@wsj.com