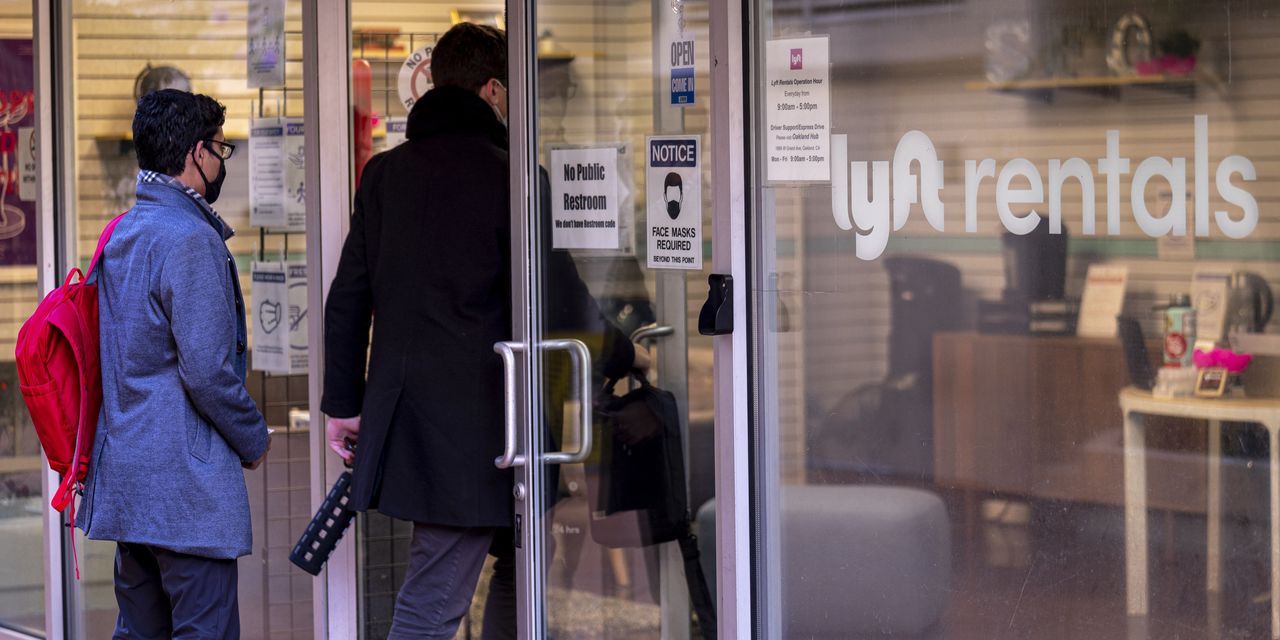 has shed about 60 people while hitting the brakes on renting its cars to riders and consolidating its global operations team, according to people familiar with the matter and an employee memo reviewed by The Wall Street Journal.

The cuts covered less than 2% of staff and mainly affected employees who worked in operations, the people said. In a memo to some staff sent Tuesday, the company said it was folding the part of its business that allowed consumers to rent its fleet of cars on the app.

“Our road to scaling first party rentals is long and challenging with significant uncertainty,” according to the memo, sent by Cal Lankton, vice president of fleet and global operations at Lyft. Mr. Lankton wrote that conversations about exiting the business started last fall and “then accelerated as the economy made the business case unworkable.”

Lyft shares rose around 8% Wednesday to close at $14.70, while the tech-heavy Nasdaq Composite Index climbed less than 2%.

The company said it is going to continue working with big car-rental companies. Lyft’s car-rental business had five locations while it has car-rental partnerships with

in more than 30 locations, a spokeswoman said.

“This decision will ensure we continue to have national coverage and offer riders a more seamless booking experience,” the spokeswoman said in a statement.

The company also is reorganizing its global operations team, consolidating from 13 to nine regions and closing a location in Northern California and its Detroit hub, according to the memo.

Lyft joins other tech companies that are trimming staff or scaling back hiring plans as economic challenges cool the once-hot sector. The industry has been hiring at a rapid pace for years, but easy money is drying up and share prices have been plunging amid the reversal of some pandemic trends, high inflation, supply-chain shortages and growing worries about an economic slowdown.

Lyft’s stock has fallen more than 70% in the past 12 months compared with the less than 20% decline in the Nasdaq Composite Index.

In May, rival Uber Technologies Inc. said it would slow hiring. Its stock has halved over the same period.

Last week, Alphabet Inc.’s Google said it will slow hiring for the rest of the year while Microsoft Corp. cut a small percentage of its staff, attributing the layoffs to regular adjustments at the start of its fiscal year. Rapid-delivery startup Gopuff cut 10% of its staff last week, citing growing concerns about the economy.

recently told staff the company would slow hiring, warning that the economy “has definitely deteriorated further and faster than we expected.”

In May, Lyft President

said in a staff memo the company planned to slow hiring, reduce the budgets of some of its departments and grant new stock options to some employees to make up for its eroding share price. At the time, Mr. Zimmer said the company didn’t plan to cut staff.

Write to Preetika Rana at preetika.rana@wsj.com and Emily Glazer at emily.glazer@wsj.com