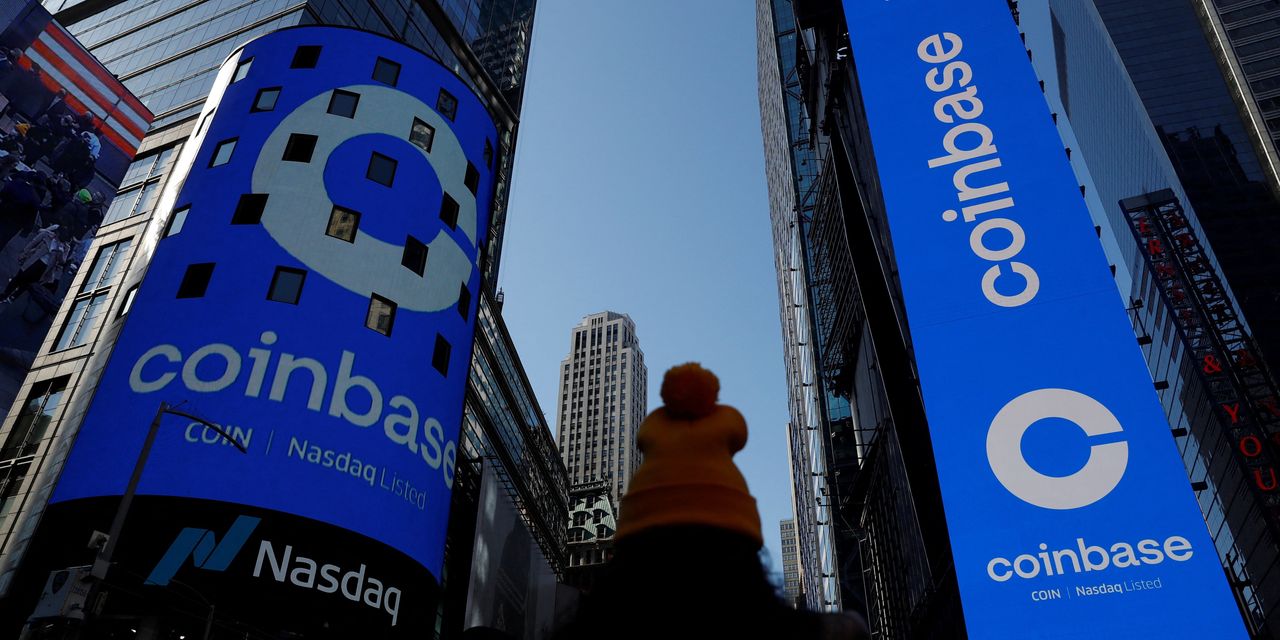 employee and two other men were charged with wire fraud Thursday in what federal prosecutors called the first insider-trading case involving cryptocurrency markets.

planned to list on its platform. The defendants’ illegal profits totaled about $1.5 million, prosecutors alleged.

“Our message with these charges is clear: Fraud is fraud is fraud, whether it occurs on the blockchain or on Wall Street,”

the U.S. attorney for the Southern District of New York, said in a statement.

The Wahi brothers were arrested Thursday morning in Seattle and are expected to appear in federal court in Washington this afternoon. Mr. Ramani remains at large, prosecutors said.

Lawyers for the Wahi brothers didn’t immediately respond to requests for comment. A lawyer for Mr. Ramani couldn’t be identified.

Coinbase said in a statement on its blog that it had conducted an investigation into the three men and had provided information about the individuals to the Justice Department. The platform also said it fired Ishan Wahi.

“Coinbase takes allegations of improper use of company information very seriously, as demonstrated by our rapid investigation of this matter,” the company said.

The case is the latest signal that federal prosecutors in Manhattan are making an enforcement push on alleged insider-trading schemes of digital assets. Prosecutors last month charged a former employee of an NFT marketplace with using inside information to profit on NFTs, or nonfungible tokens.

Ishan Wahi, who worked as a product manager on Coinbase’s asset-listing team, had advance knowledge of the timing and public announcements of assets the exchange planned to list, prosecutors alleged. He was one of a small number of employees who belonged to a private messaging channel used to discuss launch dates and timelines, according to the indictment.

Starting in June 2021, the three defendants used the confidential information to make trades in advance of at least 14 public-listing announcements by Coinbase, the indictment said. The men concealed the trades through a web of crypto accounts and anonymous digital wallets, prosecutors alleged.

Some of the trades drew public scrutiny. In April, a

account well known in the crypto community flagged the purchase of hundreds of thousands of tokens about 24 hours before they were named in a public-listing announcement, prosecutors said. Later in the month, Coinbase said it was investigating whether someone inside the company had leaked confidential company information.

On May 11, the exchange’s security-operations director emailed Ishan Wahi, telling him to attend an in-person meeting, prosecutors said. The day before the meeting, Mr. Wahi bought a one-way flight to India scheduled to depart the next day, according to prosecutors. They said that before the flight departed, Mr. Wahi called and texted his brother and Mr. Ramani about Coinbase’s investigation.

Law-enforcement agents stopped Mr. Wahi and prevented him from leaving the country, according to prosecutors.

Write to Corinne Ramey at Corinne.Ramey@wsj.com and James Fanelli at james.fanelli@wsj.com