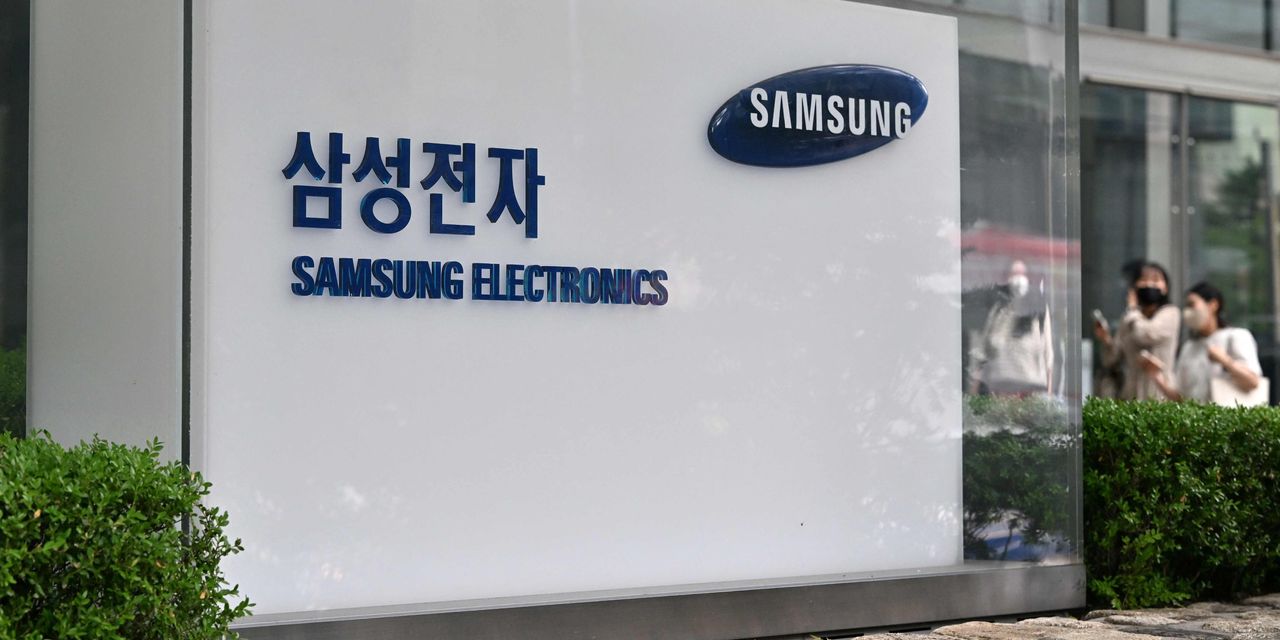 has floated the prospect of investing nearly $200 billion for 11 new chip-making plants in Texas over the next two decades, a mega splurge that if executed would dramatically boost its semiconductor foothold in the U.S.

The South Korean tech giant’s proposed spending was divulged in recent filings submitted to the Texas Comptroller’s office and made public Wednesday. One likely motivation is a year-end expiration of a Texas state incentive program offering property tax breaks for 10 years for large investments.

The filings don’t commit Samsung to invest. The Suwon, South Korea-based company doesn’t currently have specific plans to pursue the new factories outlined in the filings, a Samsung spokeswoman said. The spending proposals reflect the company’s long-term planning process to evaluate the viability of further U.S. expansion, she added.

Samsung’s potentially eye-popping spending comes as U.S. lawmakers weigh more than $50 billion in subsidies to boost American-based chip production and research. Details of the legislation need to be resolved, though the bipartisan bill cleared a procedural hurdle on Tuesday. Much of the world’s chip production has shifted to Asia in recent decades.

The slow progress on the U.S. chip subsidies has prompted some semiconductor giants to stall tens of billions of dollars in potential factory projects.

recently said it would move more cautiously on its factory plans without government incentives and delayed a groundbreaking ceremony for a planned multibillion-dollar chip manufacturing facility in Ohio.

Samsung currently operates chip-production factories at three locations in South Korea, two in Austin, Texas, and two in China. The company dominates in memory chips, while it harbors big aspirations for its contract chip-making business.

“It all boils down to incentives for Samsung to move a big part of their production to the U.S., and even within the U.S., very specific areas,” said Wayne Lam, senior director of research at CCS Insight, a technology advisory firm. “Why go to the U.S. when they could do it just as cheaply and with a ready workforce in South Korea?”

Last year, Samsung said it would build its third Texas-based plant, spending $17 billion for an advanced chip-making plant in the city of Taylor, which is located near Austin. The company has broken ground on the facility and expects it to become operational by the second half of 2024.

According to the Texas state filings, Samsung could invest nearly $170 billion toward nine new chip manufacturing facilities in Taylor and roughly $25 billion in Austin. Samsung submitted the filings in late May.

If the company were to make the investments, Samsung said in multiple filings, some production would be “up and running” by around 2034 at the earliest, with others planned to start production the following decade.

Texas Gov. Greg Abbott said in a Wednesday statement that the totality of Samsung’s investments would bring billions of dollars in additional capital, helping solidify the state as “the nation’s leader in the semiconductor industry.”

It isn’t clear how much, if any, of Samsung’s proposed spending would come from a previously announced investment plan over the next five years of about 450 trillion won, equivalent to about $343 billion. That pool of funds encompasses the entire Samsung conglomerate, including chips but also biopharmaceuticals and other next-generation technologies.

A Samsung spokeswoman declined to comment on the source and other details of the proposed Texas investments.

Other chip makers, including Netherlands-based

have filed Chapter 313 applications with the Texas Comptroller’s office, according to the Texas state filings.

The Chapter 313 tax program in Texas allows public school districts in the state to offer property tax breaks for 10 years to businesses in exchange for local job creation. But the program is set to end Dec. 31.

NXP said in an application submitted in May that it could invest more than $1 billion in Texas by investing in existing buildings or constructing new ones. Texas Instruments said in a filing made last year that it planned to invest an estimated $6.5 billion over 25 years in one of four new planned chip-making facilities in the city of Sherman.

Write to Jiyoung Sohn at jiyoung.sohn@wsj.com