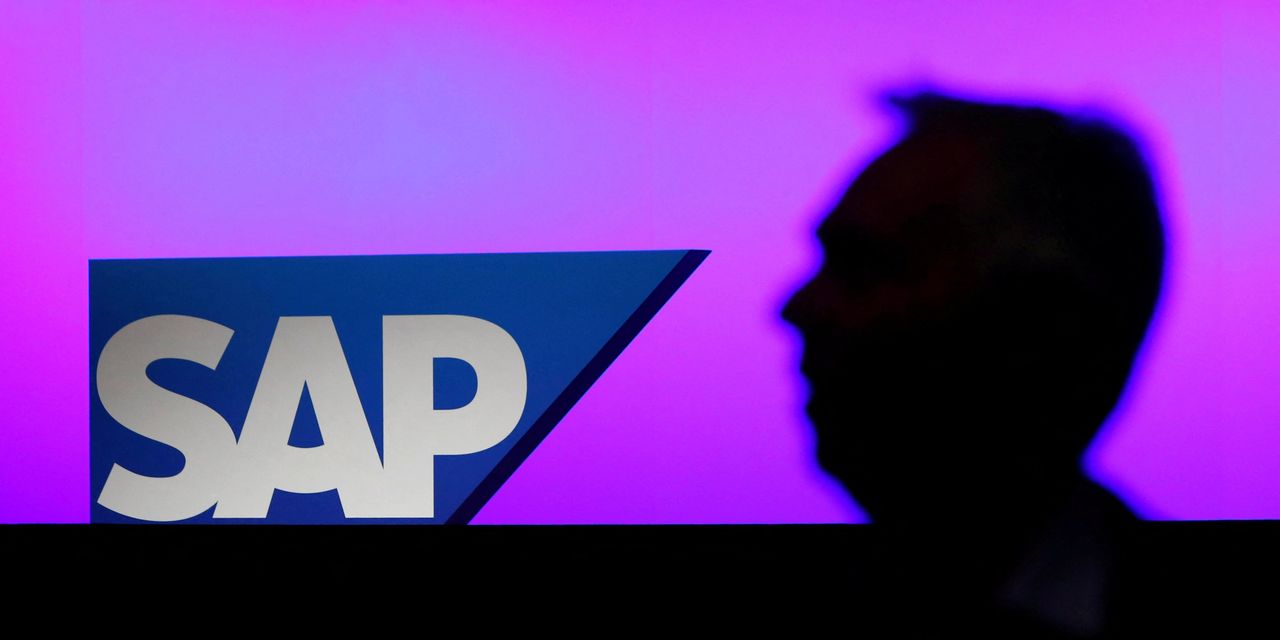 the German business software company, reported lower profit and cut its outlook for the full year after losing business in the wake of the war in Ukraine and the company’s withdrawal from Russia hit revenues from its software and cloud businesses.

The Walldorf, Germany-based company said Thursday that it expected its operating profit to take a 350-million-euro hit, equivalent to $356.8 million, this year as a result of lost revenue, restructuring costs, and bad debt costs from the war in Ukraine as the company continues to wind down its business in Russia and Belarus.

said, adding that the withdrawal should be completed by the end of the year. “We don’t expect another profit hit.”

The lower earnings from software licenses and loss of business in Russia combined to reduce operating profit to €1.68 billion from €1.92 billion the year before, based on SAP’s earnings report on a non-IFRS basis. Analysts polled by

had forecast operating profit of €1.74 billion.

SAP said IFRS after-tax profit attributable to shareholders was €334 million in the second quarter compared with €1.356 billion the year before.

SAP said non-IFRS after-tax profit attributable to shareholders was €1.129 billion in the second quarter compared with €2.061 billion the year before.

In its report, SAP noted that the continuing war in Ukraine made it hard to predict any future ramifications on the company’s earnings.

Given the uncertainty, SAP cut its outlook for the year, estimating non-IFRS operating profit at constant currencies would be in a range between €7.6 billion and €7.9 billion, down from a previous forecast of €7.8 billion to €8.25 billion.

SAP has been shifting its business away from selling software licenses to a subscription model for cloud-based computing services. As a result, revenue and earnings from software licenses are declining and cloud services have become the company’s biggest source of revenue in the second quarter.

Total revenue rose 13% to €7.52 billion in the second quarter, driven higher by cloud revenue which rose 34% to €3.06 billion. Software-licenses revenue fell to €426 million from €650 million during the same period.

said the order backlog for the company’s cloud services was strong.

“Everyone wants to continue with business transformation. So this is why we see ongoing high demand for our technology and solutions,” Mr. Klein said on the conference call.

—Mauro Orru contributed to this article.

Write to William Boston at william.boston@wsj.com