The Most Fascinating Birds Will Be the First to Go Extinct 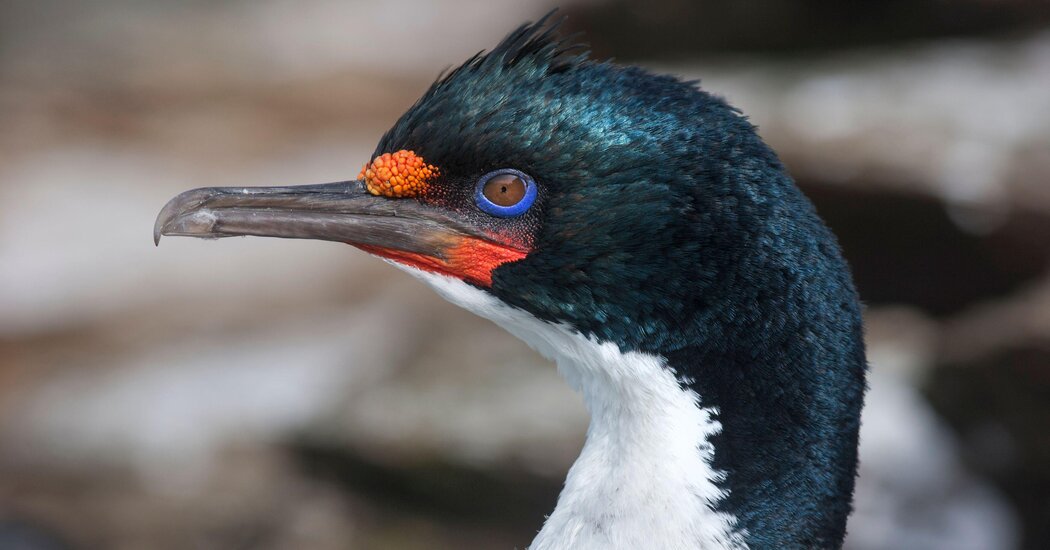 The giant ibis deserves its name.

Adults of the largest bird in the ibis family can grow to almost 3.5 feet in length, weigh more than nine pounds and boast nine-inch beaks that bring to mind a Venetian plague doctor mask.

The species has also been critically endangered since 1994, driven to the verge of extinction by hunting, habitat disturbance and deforestation. Today, fewer than 200 mature members of the species are left in its native range in Southeast Asia, according to the International Union for Conservation of Nature.

The giant ibis, along with other physically distinctive birds of extreme shapes and sizes, is more likely to be lost in the current biodiversity crisis, according to a study published on Thursday in the journal Current Biology. That is because human activities have threatened or destroyed the limited landscapes in which they have evolved to live.

The risk of extinction, the paper suggests, is not randomly or equally spread across the avian tree of life. Instead, birds like the Sulu hornbill (with its huge and hollow onyx beak), the Chatham shag (penguin-looking with a metallic sheen), the four-foot-tall white-bellied heron or the seven-inch-tall Seychelles scops-owl are more likely to face permanent erasure from Earth.

“The global extinction crisis doesn’t mean we’re just losing species,” said Emma Hughes, an ecologist at the University of Sheffield in England and an author of the study. Nor does it mean we’re just losing birds that are the most attractive. “We’re going to have a major loss of life strategies and functions,” she added, referring to the adaptations that have driven many birds’ unusual features.

For the study, Dr. Hughes and her colleagues looked at a set of physical traits — body size, beak dimension and shape, and leg and wing length — extracted from 8,455 avian species in natural history museum collections. They also looked at phylogenetic diversity, a measure that reflects the evolutionary differences between species and can capture traits including behaviors like bird songs, migratory propensities and foraging and eating styles.

Then, they sequentially eliminated species, starting with the most threatened before moving to the least threatened, and measured the impact on anatomical and phylogenetic diversity along the way. They found that as they removed imperiled species, the remaining birds became more and more alike, leading to ecological downsizing across most biomes and half of all ecological regions, but especially in East Asia and the Himalayas.

The study casts scientific predictions of major avian losses in a new light, said Eliot Miller, a researcher and collections manager at the Cornell Lab of Ornithology who was not involved in the paper. “What we’re talking about here is observable,” Dr. Miller said. “It’s happening. It’s not just species being lost at random. There’s a predictability to it. It’s important, if a little disappointing.”

The paper shows that the most threatened species are also the most genetically distinct, like the giant ibis or the Bengal florican, the world’s rarest bustard, of which there remain just a few hundred in a narrow band stretching across Cambodia, India and Nepal. It also suggests that birds on either extreme of the size spectrum — from the shimmering, four-inch-long, turquoise-throated Puffleg hummingbird to the Kakapo parrot, which can match a backpack in dimension — are at higher risk of extinction. “We’re losing the largest and smallest species,” Dr. Hughes said.

This loss of morphological diversity, she said, is closely linked to a loss of ecological roles that each species plays in the habitat it occupies. After all, how a bird looks is often tied to how it survives; hummingbirds use long, thin beaks to delicately sip up nectar, while a pelican’s pouch-like beak allows it to net up aquatic prey and gulp it down whole.

And birds don’t just fly around in a vacuum. They pollinate plants, spread seeds, control pests, regenerate forests and carve, burrow or build homes for numerous other organisms. When a distinctive avian species disappears, the hole it leaves in its habitat may be unignorable, unfillable or both. “The ecosystem unravels,” Dr. Miller said.

The new paper, for example, found that vultures are disproportionately imperiled despite their distinctive ecological role. As scavengers, vultures help clear decaying carcasses that would otherwise transmit infectious diseases or feed smaller scavengers like rats and dogs that can, in turn, spread rabies and bubonic plague to humans.

“There are certain things that birds do in ecosystems that are important to us,” Dr. Hughes said. “We’re potentially losing species that could be beneficial to humanity.”

The study also shows that the planet’s feathered inhabitants are becoming increasingly homogeneous.

Already in the world of birds, Dr. Miller said, “almost everything is really simple and brown and boring.” The extinction crisis will not only cost us a certain number of species, but also impoverish the biodiversity we have left, he said, adding, “It shows that we are sort of making the world a less rich place with our actions.”