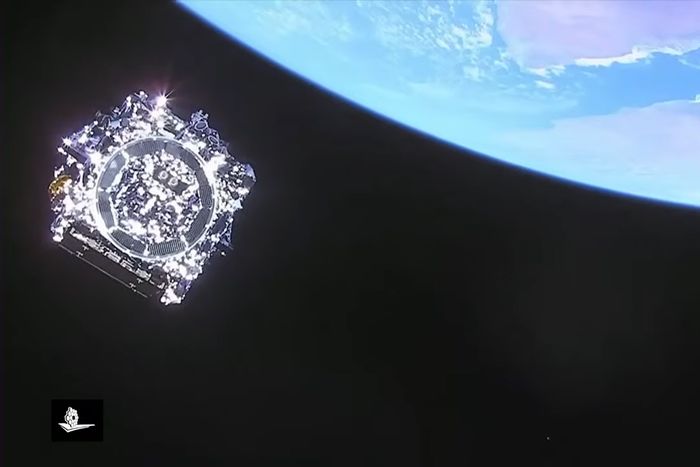 NASA’s release of the stunning images from the James Webb Space Telescope signals the start of a new era of space-borne astronomical observation. With seven times more light-gathering power than the Hubble telescope, its predecessor, the Webb is opening our eyes to the cosmos as never before possible and will give us new information about faraway worlds, the formation of galaxies and the furthest reaches of space. But the Webb telescope also exemplifies a crucial practical point: It shows why robotic explorers are superior to human astronauts in deepening our understanding of the universe.

Consider the new telescope’s location in space. The Hubble had to remain just 335 miles above the Earth because NASA had only the astronaut-crewed space shuttle to launch it; it therefore suffered interference from light reflected off the planet’s surface and from the obstacle of the Earth itself. It was as if astronomers had placed one of Hawaii’s mighty Keck telescopes amid the lights of New York City instead of on a dark mountaintop in the Pacific. The Webb array, by contrast, orbits at a deep, dark point called “L2,” almost a million miles beyond Earth—which it can do because it was launched by an uncrewed rocket and is designed to maintain itself with guidance from controllers on Earth but without hands-on human intervention. (An unusually large grain of space dust did some damage to one of the telescope’s 18 mirrors in May, but that has not so far affected its overall operation.)

“The real question is how much we really need astronauts to visit other worlds, as opposed to just wanting them to do so. ”

While human hearts understandably lie with human exploration, robots offer the chance to explore the closest objects in the solar system more safely, more effectively and far more cheaply than astronauts can. If immensely rich individuals choose to send astronauts to the moon and then on to Mars, no one will stop them, and they will not lack for volunteers, including those who would reduce costs by opting to remain on Mars rather than insist on a voyage home. We can appreciate their efforts, even as we worry about possibly confusing the search for life on Mars by bringing our own microbes there.

But as far as government policy and public spending are concerned, we believe that, for the next 20 years or more, we should rely on highly capable spacecraft equipped with the best artificial intelligence, getting general commands from Earth but largely capable of maneuvering on their own. Robotic exploration also costs money, of course. But compare the $9.7 billion that NASA spent over 24 years to create the Webb telescope with the $93 billion that NASA plans to spend on developing its Artemis program of astronaut-bearing rockets through 2025, when it hopes to land the first woman and the first person of color on the moon.

Even greater expenditures on the Artemis system—which includes crew modules, a spacecraft that will orbit the moon and landers to take astronauts onto and off of the lunar surface—are anticipated over the following five years, during which NASA hopes to establish a permanent lunar base for astronauts that can also serve as a launching pad for Mars missions. In November, NASA Inspector General Paul Martin estimated that the $4 billion in costs attached to each of the first four Artemis launches alone were “a price tag that strikes us as unsustainable.” The Webb telescope’s operating cost is projected at about $175 million a year.

In March, Jim Free, NASA’s associate administrator for exploration systems development, gave a congressional subcommittee the agency’s ultimate goal: “Getting two people to Mars, on the surface for 30 days, getting them there and back safely.” During the Artemis moon missions, he added, “Everything we do should be driven by that.” To justify this enterprise, Mr. Free cited “significant and lasting geopolitical advantages” from the U.S. sustaining a lunar presence “that fully leverages commercial innovation and matures our processes and technologies to bring the human exploration of Mars within reach.”

But humans already have been exploring Mars remotely by way of more than 50 robotic spacecraft, each of which spent many months without requiring any of the water, food, oxygen and support systems that astronauts need. Some of these spacecraft succeeded in their missions; others failed, disappointing astronomers but causing no catastrophe comparable to the loss of astronauts, as occurred in the two U.S. space shuttle tragedies, which claimed 14 lives.

Today the Chinese Tianwen-1 Mars effort includes an orbiter that obtains detailed photographs of the entire Martian surface and a rover on the flat plains of the Utopia region. NASA’s Perseverance rover and its accompanying helicopter have completed their surveying mission, allowing the rover to embark on a detailed examination of the delta of a former Martian river, a prime spot to look for signs of ancient life.

Unlike the earlier Spirit and Curiosity rovers, which had to be guided from Earth around every rock, Perseverance can manage terrain on its own, requiring only general instructions about its destinations. On its journey, the rover obtains core samples that a future mission can return to Earth for detailed examination in our finest laboratories. Future rovers will have even greater abilities as our robots grow steadily more competent. Human bodies, by contrast, don’t advance.

The development, launch and operation of the Perseverance and Curiosity rovers each cost approximately $2.5 billion. Estimates to send astronauts on an

-like voyage to Mars start at $250 billion and reach $1 trillion. The differences arise from the requirement for a spacecraft to both land on Mars and make a return trip to Earth, and from the need to provide an environment that can sustain humans for more than a year. That must include the continuous supply of oxygen; a food supply and ways to prepare it; heating and cooling apparatus; waste treatment and power generation systems; continuous protection against potentially fatal radiation; and exercise machines, spacesuits and medical equipment. Contrast this with uncrewed spacecraft that require none of these and far less of a power supply.

The now familiar reply to this analysis emphasizes that humans can assess situations far more rapidly and efficiently than any robot can. Indeed, 50 years ago, the Apollo astronauts collected more than 2,000 samples of lunar material near six moon landing sites during just 80 hours on the surface. Even with the latest technology, the Perseverance rover will take many months to complete its own sample-gathering mission, targeting more than a dozen sites with different geological and meteorological histories. But the rover can take all the time it needs to accomplish its goals. For astronauts on Mars, each added week requires significant expenditures of supplies and energy.

Is it important to send astronauts to space or should robot probes and telescopes do the job of exploration? Join the conversation below.

The real question is how much we really need astronauts to visit other worlds, as opposed to just wanting them to do so. The obvious advantages of robots will only increase with developments in our technology and artificial intelligence. Still, humans respond most deeply to other humans; this basic truth provokes proclamations that we are destined to send humans to Mars. The counterargument is that we are indeed driven to explore but, fortunately, no longer must do so in person.

Someday, should civilization survive, humans may well reach Mars regardless. Some people will always seek such adventures, and there are those who dream of “terraforming” that hostile planet to provide an Earthlike environment. But who knows, by then, the thrill of human space travel may have faded, as proved true for later missions to the moon.

For now, logic and scientific need suggest that we should continue to refine our robotic capabilities and send these emissaries to explore the solar system’s planets and moons. Those determined to keep sending astronauts into space can make a strong emotional appeal, but as the public awe over the Webb images shows, robot explorers can make a powerful case too.

—Dr. Rees, the British Astronomer Royal, and Dr. Goldsmith, an astronomer in Berkeley, Calif., are the authors of “The End of Astronauts: Why Robots Are the Future of Exploration,” published by Harvard University Press.