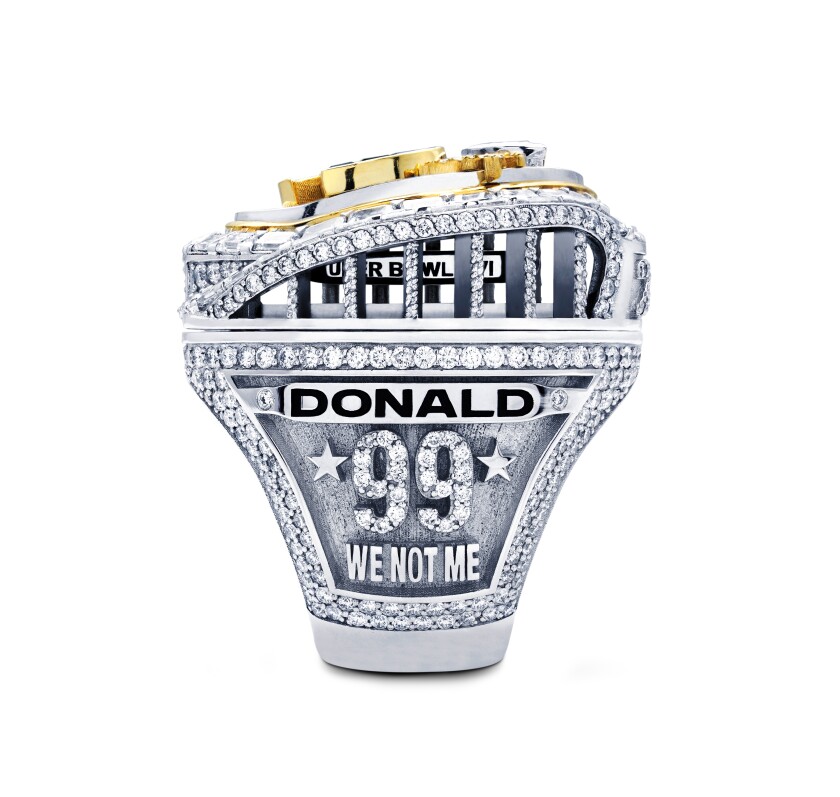 The Rams won Super Bowl LVI at SoFi Stadium, so their rings commemorating the achievement are an homage to their home venue, where they defeated the Cincinnati Bengals, 23-20, in February.

Rams players, coaches and team personnel received their rings Thursday night in a ceremony held at the Sony Pictures Studios in Culver City. The ceremony was not open to the media or public.

The ring was designed by Los Angeles-based jewelry house Jason in a “collaborative effort” with Rams players and team leadership, a Rams news release said. The ring includes about 20 carats of white diamonds set on white and yellow gold, the release said.

Rams players are scheduled to report for training camp on Saturday.