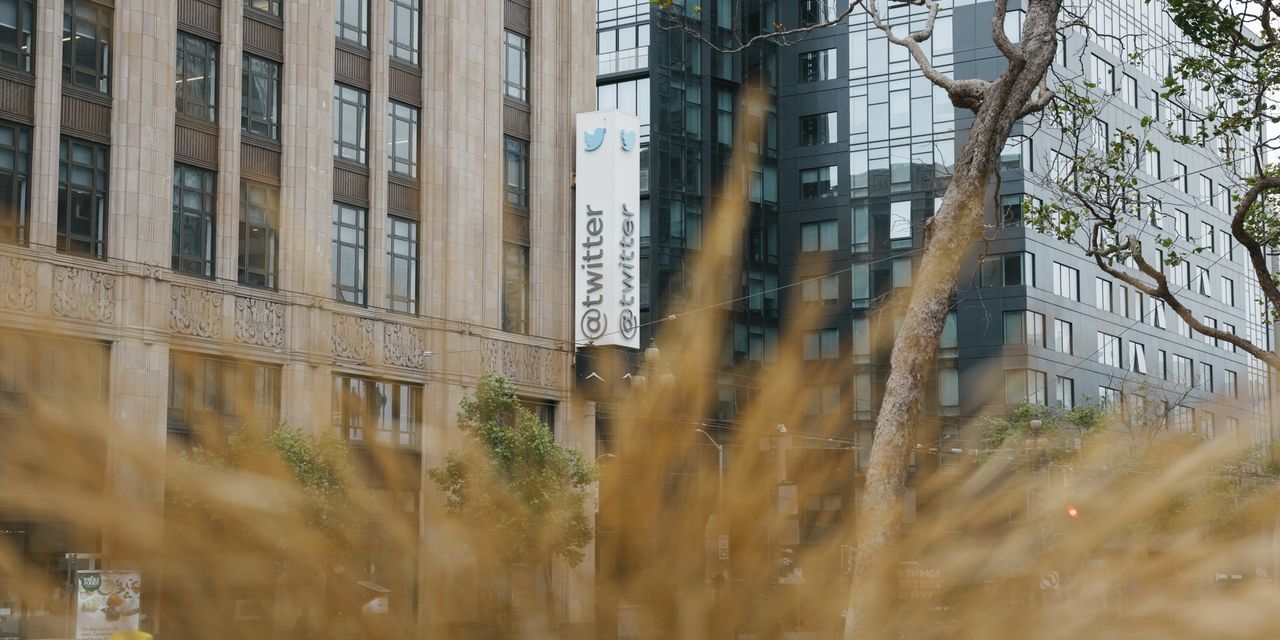 posting its weakest-ever quarterly sales growth because of “increasing competition for advertising dollars that are now growing more slowly.”

Twitter, in its news release Friday, cited “advertising industry headwinds associated with the macroenvironment as well as uncertainty related to the pending acquisition of Twitter.” The company won’t host an earnings conference call because of the pending transaction, which the company is suing Mr. Musk to complete.

Twitter’s revenue fell to $1.18 billion from $1.19 billion a year ago, and was below the average analysts’ estimate of $1.32 billion on

At the release of its results in April, Twitter said it was withdrawing earlier goals and outlooks, and it wouldn’t provide forward-looking guidance. Before Mr. Musk’s courtship, Twitter had been working to achieve three main goals by the end of 2023: to surpass $7.5 billion in annual revenue, reach 315 million daily users and double the pace at which it produces new technology.

Earlier this week, Delaware Chancery Court’s chief judge granted Twitter’s request to fast-track its lawsuit against Mr. Musk. A five-day trial is scheduled for October despite opposition from the billionaire’s lawyers, who argued that a trial should take place on or after Feb. 13 of next year.

Mr. Musk has said his primary reason for backing out of the deal is a lack of faith in Twitter’s estimate that less than 5% of its monetizable daily active users are spam or fake accounts. He has said that estimate is probably too low.

Twitter has said for years in its securities filings that the number of fake and spam accounts on its platform could be higher than its estimates. The company said in its lawsuit against Mr. Musk that he has buyer’s remorse over the fall in share prices since he agreed to the deal in April.

In a recent court filing, Mr. Musk’s team said they became concerned about Twitter’s user numbers after the company disclosed in its April earnings report that it had overstated its user base for nearly three years through the end of 2021 because of an error in how it accounted for people linked to multiple accounts. The revision reduced the number of monetizable daily active users by 0.9% for the fourth quarter of last year.

The court filing also said Mr. Musk met with Twitter executives in May to discuss how the company measures spam and that he was “flabbergasted to learn just how meager” its process was and pointed to the absence of automated tools to help with the calculation.

Mr. Musk’s bid for Twitter has helped hold up the company’s stock price amid a sharp selloff in tech company stocks. Twitter’s stock price is down less than 10% so far this year, while the tech-heavy Nasdaq Composite Index has lost more than 20%.