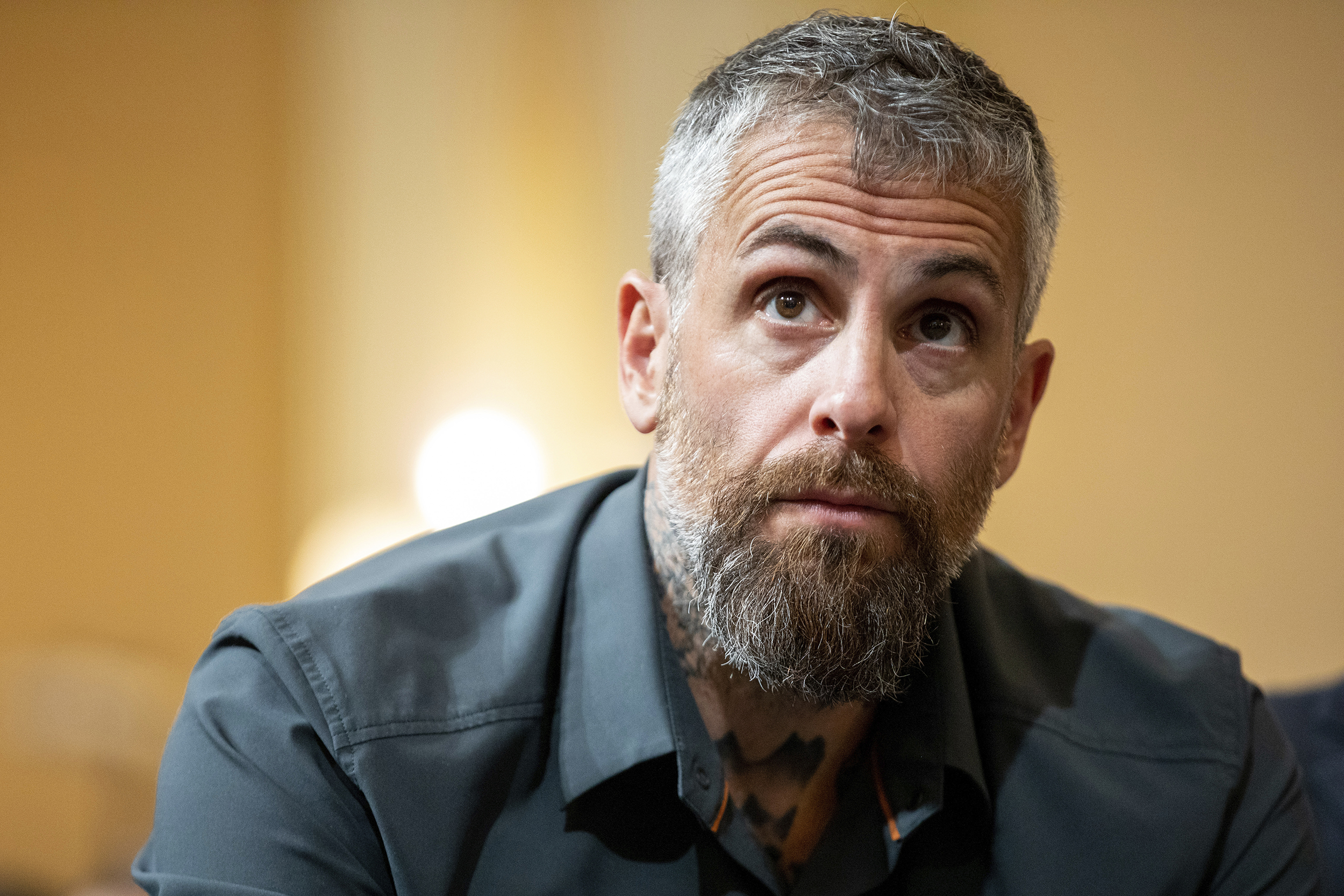 Former Metropolitan Police Department Officer Michael Fanone, who suffered a heart attack and traumatic brain injury after being assaulted during last year’s insurrection, was heckled near the U.S. Capitol after he attended Thursday’s prime-time hearing hosted by the House Jan. 6 committee.

Journalists on the scene posted video, which contains profanities, showing Fanone walking past a small group that included someone following him and asking: “Are you a real police officer? Are you disappointed that you’re going to make men face years in jail because of your lies?”

After Fanone turned around and began walking the other way, a man holding an anti-Trump banner can be seen trying to block members of the group from following Fanone, who has testified to Congress and is a commentator for CNN. The footage shows a man falling down and then claiming the man with the banner “hit me with his pole.”

In another video, the man who was holding the banner is seen handcuffed by police officers. He identifies himself as Stephen Parlato of Boulder, Colorado, and said he was there in support of the Jan. 6 committee. Meanwhile, the man who fell can be seen getting taken to an ambulance.

NBC News has reached out to Capitol Police for comment.

Shortly before the incident, Fanone spoke with Politico about the now-viral video of Sen. Josh Hawley, R-Mo., fleeing protesters at the Capitol on Jan. 6 after raising a fist in solidarity outside the building just hours earlier. In the brief interview, Fanone called Hawley a “b**ch.”

“You see the way that these guys perform in public and then what they are in reality,” Fanone told Politico. “You get a lot of that nonsense up here on Capitol Hill with these members of Congress that have become like a caricature in the media. But in reality, they have no character, they have no honor, they have no integrity, and the way they behave outside of the camera’s eye is very different.”