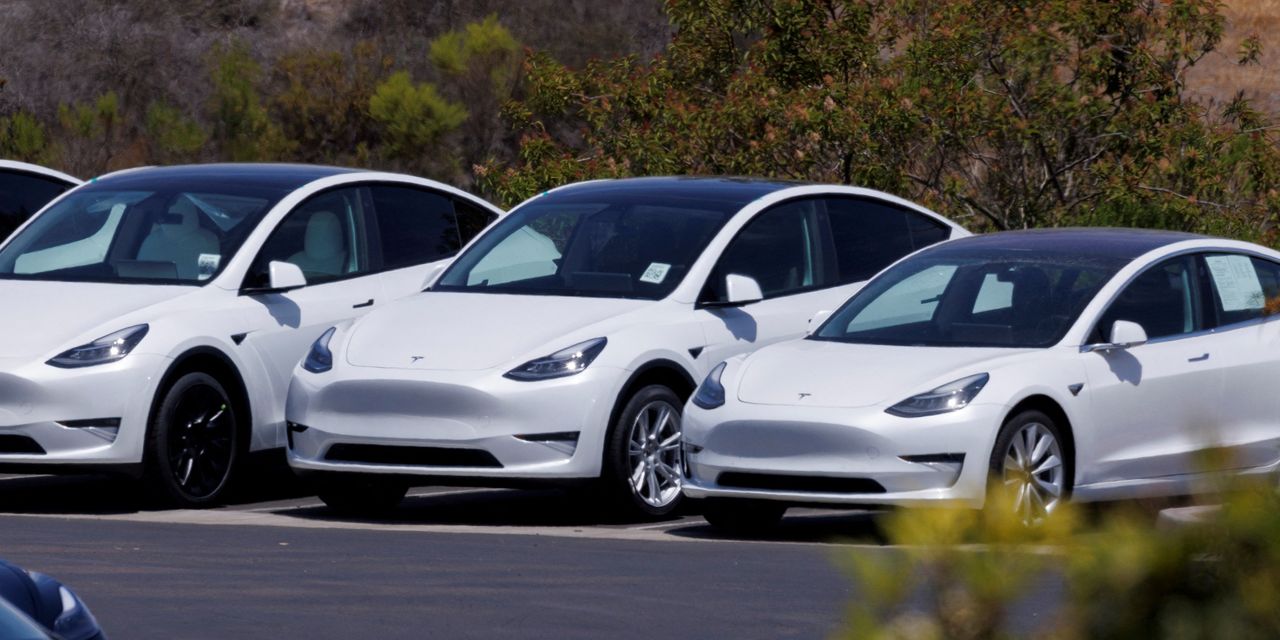 of falsely advertising its vehicles as autonomous.

The state agency, in a pair of complaints filed last week, said the electric-vehicle maker has made inaccurate statements that represent its vehicles as capable of operating autonomously.

Teslas come equipped with an advanced driver-assistance system, or ADAS, that can aid drivers. Tesla’s system, known as Autopilot, helps with tasks such as steering within a lane on the highway. Customers can also pay $12,000 for an enhanced set of features dubbed “Full Self-Driving.”

“‘Autopilot’ and ‘Full Self-Driving Capability’ labels and descriptions represent that vehicles equipped with the ADAS features will operate as an autonomous vehicle, but vehicles equipped with those ADAS features could not at the time of those advertisements, and cannot now, operate as autonomous vehicles,” the DMV said in complaints filed with California’s Office of Administrative Hearings.

Tesla didn’t respond to a request for comment. The Los Angeles Times earlier reported on the DMV’s complaints.

The complaint isn’t the first time Tesla has faced such criticism. Two years ago, a court in Germany found that some of Tesla’s advertisements related to the term Autopilot were misleading.

of Massachusetts last year asked the Federal Trade Commission to open a probe into whether Tesla used deceptive marketing practices involving its driver-assistance technology. The FTC, which has a consumer-protection mandate and can sue companies for allegedly false advertising, confirmed receipt of the letter and declined at the time to comment further.

The action in California could lead to the suspension or revocation of certain of Tesla’s licenses in the state, the country’s largest electric-vehicle market. However, a DMV spokeswoman suggested the agency would seek less severe remedies. Those include requiring Tesla to provide cautionary warnings about the limitations of its features, she said.

Tesla already tells drivers to remain alert, with their hands on the wheel, while using its advanced driver-assistance features. The company says on its website that the systems “require active driver supervision and do not make the vehicle autonomous.”

That disclaimer is insufficient and misleading given how Tesla describes its technology elsewhere, the DMV said.

Tesla is also facing federal regulatory scrutiny of its advanced driver-assistance technology. The National Highway Traffic Safety Administration recently escalated an investigation into Autopilot, a move that could lead to a recall. The federal agency launched the probe last summer after a series of crashes involving Tesla vehicles using Autopilot and first-responder vehicles stopped at emergency scenes.

Tesla has said driving with Autopilot engaged is safer than doing so without it. It cites internal data stating that crashes were less common when drivers were using Autopilot, though some researchers have criticized the company’s methodology.

Write to Rebecca Elliott at rebecca.elliott@wsj.com

Appeared in the August 6, 2022, print edition as ‘Tesla Faces Complaint On Autopilot Advertising.’