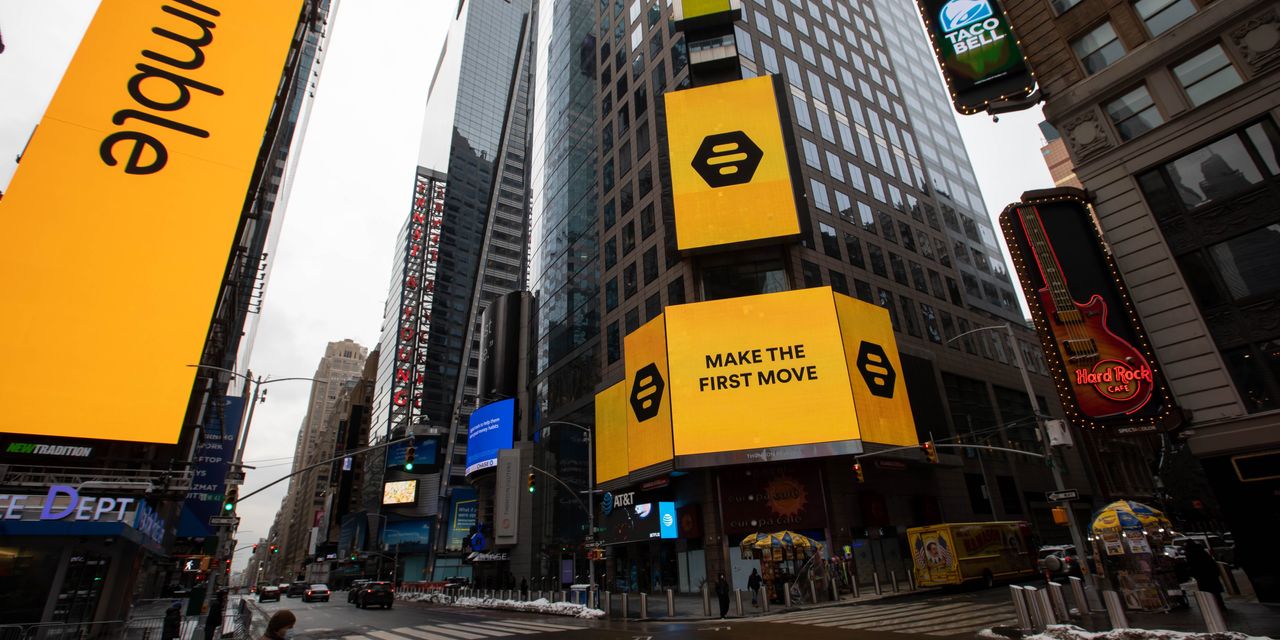 sales climbed in the latest quarter, driven by higher spending by users on its dating apps as prepandemic conditions have largely returned.

But the online dating company trimmed its 2022 revenue range to $920 million to $930 million, down from its prior forecast of $934 million to $944 million, largely due to a higher impact from foreign currency movements. Its outlook for sales in the current quarter also fell short of Wall Street expectations.

Bumble narrowed its loss to $6.4 million from $11.1 million in the year-ago period. Analysts expected a loss of 2.6 million.

Revenue from the Bumble app grew 33% to $169.6 million while revenue from its Badoo app and other sources declined roughly 14% to $50.8 million.

The company guided for third quarter revenue between $236 million to $240 million, below analysts’ expectations of $244.9 million.

Earlier this month, Match posted second quarter results that missed Wall Street expectations and shook up leadership of its Tinder dating platform as it seeks to boost growth.

started the company in 2014 to turn the traditional dating dynamic on its head. Bumble was created as a digital platform where women make the first move on men. The app also has an option for users seeking people of the same sex.

Ms. Wolfe Herd had earlier co-founded Tinder. She has said she saw the problems with archaic dating rules and sought to change them.

Write to Denny Jacob at denny.jacob@wsj.com