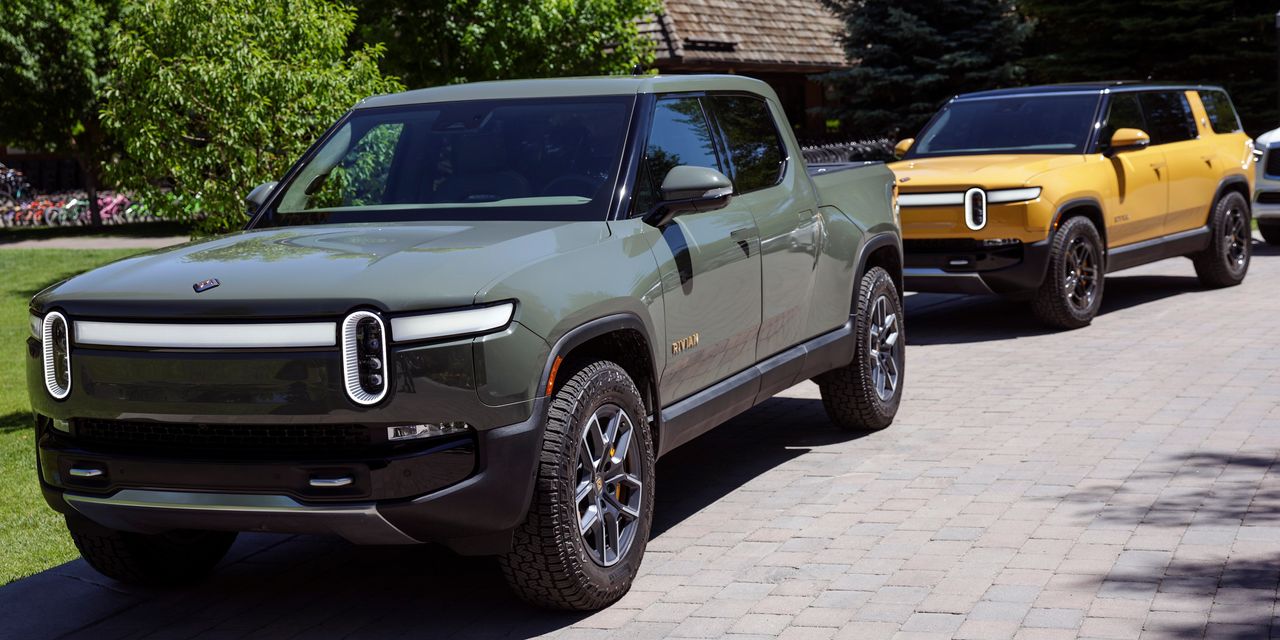 The California-based SUV and truck maker said revenue for the quarter was about $364 million as it increased production and deliveries of its first three models.

The auto maker affirmed its 2022 production guidance of building 25,000 vehicles by the year’s end, but said its operating loss is expected to grow to $5.45 billion, from its previous projection of $4.75 billion for the full year.

“We’ve also experienced increased costs in regard to our expedited freight expenses,” she said.

Rivian is seeking to rein in those costs by increasingly shipping vehicles by rail instead of by truck, which is cheaper but could result in a longer delivery time to customers, Ms. McDonough said.

Rivian said it expected losses to shrink as its plant in Normal, Ill., runs closer to full capacity of building 150,000 a year. To hit this target, Rivian said it would have to run the factory on both a day and a night shift.

For the first half of the year, Rivian struggled with parts-related problems that slowed its production.

“We weren’t able even to run a full single shift because of component supply,” Chief Executive RJ Scaringe said on a call with analysts Thursday. He said he sees the production rate improving in the current quarter with the addition of a second shift.

“Hiring is under way,” he said, in reference to staffing for that shift.

As it focused on ramping up production, Rivian also said it had trimmed capital expenditures to preserve cash and expected to spend $2 billion rather than its original projection of $2.6 billion.

At the end of June, Rivian had about $15.46 billion in cash and cash equivalents, about $1.5 billion less than at the close of the first quarter.

Rivian’s stock was down around 2.6% in after-hours trading Thursday, following the quarterly report’s release.

The results come as the startup enters the second half of the year, a stretch in which Rivian is under pressure to prove it can rapidly increase its production rate and deliver vehicles to tens of thousands of waiting consumers.

The company has said it produced 4,401 vehicles in the second quarter, a figure it needs to more than double in each of the final two quarters to hit its target of 25,000 for the year.

While factory output is improving, Rivian said its assembly lines are designed for building a higher number of vehicles than it had been producing, resulting in labor and overhead costs weighing on its bottom line.

Rivian’s ability to hit that target took on a greater sense of urgency as rising interest rates and inflation stoked fears of a potential recession.

The company last month said it would cut 6% of its workforce and slash spending. RJ Scaringe, the chief executive, said the cuts were needed to ensure the company could meet its production goals without having to raise additional cash.

Rivian’s efforts to boost sales longer-term were dealt a blow this week with lawmakers proposing to add new restrictions to a $7,500 tax credit available to electric-vehicle buyers. The revisions would add a price cap to current subsidy, making any electric truck and SUV costing $80,000 or more ineligible for the federal credit.

Rivian has said most of its vehicles sell for more than that amount. As a result, the company said the changes put it at a disadvantage to more established car makers, who used the tax credit to grow their EV businesses.

The revised tax credit, proposed as part of a broader climate bill in Congress, contains protections for customers who have made a binding contract to purchase a vehicle, allowing those customers to qualify under the old tax credit system.

Rivian recently emailed customers offering them purchase agreements to lock in future sales ahead of changes and allow them to qualify for the $7,500 tax credit as offered now.

Last month, Rivian delivered the first of its battery-powered delivery vans to

Write to Sean McLain at sean.mclain@wsj.com