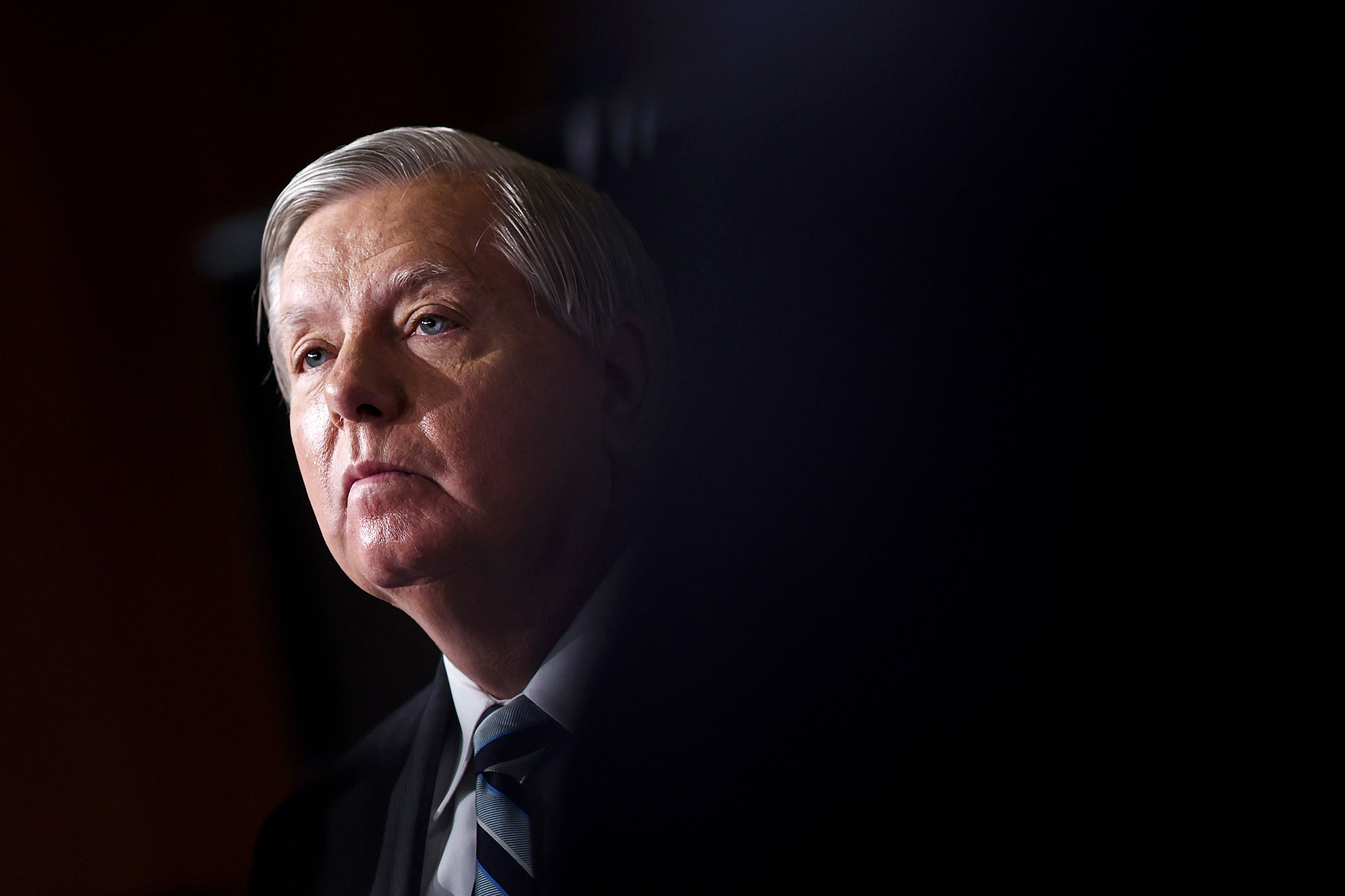 WASHINGTON — A federal judge on Monday denied Sen. Lindsey Graham’s effort to quash a subpoena seeking his testimony in an investigation into possible 2020 election interference in Georgia by former President Donald Trump and others.

In a 22-page order, U.S. District Court Judge Leigh Martin May in Atlanta rejected Graham’s arguments against having to testify before a special grand jury, including his contention that the speech and debate clause of the Constitution shields the South Carolina Republican from providing testimony.

Graham’s lawyers had argued that a post-election phone call Graham made to Georgia Secretary of State Brad Raffensperger in November 2020 had a legislative purpose and therefore was covered by the clause.

The judge also rejected Graham’s argument that sovereign immunity protects him from having to testify because he’s a sitting U.S. senator.

“If the court were to accept Senator Graham’s sovereign immunity argument, it would mean that U.S. senators would not be required to testify before state grand juries no matter the circumstances,” May wrote. “The law would give them complete immunity based solely on their status as federal officials.”

Lastly, the judge said Graham’s reasoning for being exempt from testifying because he’s a high-ranking official also doesn’t hold weight. Fulton County District Attorney Fani Willis has shown “extraordinary circumstances” necessitated the testimony of Graham, who has “unique personal knowledge about the substance and circumstances of the phone calls with Georgia election officials, as well as the logistics of setting them up and his actions afterward,” May said.

“Senator Graham’s potential testimony on these issues — in addition to his knowledge about topics outside of the calls such as his alleged coordination with the Trump campaign before and after the calls are unique to Senator Graham, and Senator Graham has not suggested that anyone else from his office can speak to these issues or has unique personal knowledge of them,” the order said.

Graham’s office released a statement saying he will appeal the judge’s decision.

“The Constitution’s speech or debate clause prevents a local official from questioning a senator about how that senator did his job,” the statement said. “Here, Senator Graham was doing his due diligence before the Electoral Count Act certification vote — where he voted to certify the election. Although the district court acknowledged that speech or debate may protect some of Senator Graham’s activities, she nevertheless ignored the constitutional text and binding Supreme Court precedent, so Senator Graham plans to appeal to the 11th Circuit.”

Meanwhile, former Trump lawyer Rudy Giuliani was ordered last week to testify in person in the case on Wednesday.

Willis has said her investigation is exploring whether there were “coordinated attempts to unlawfully alter the outcome of the 2020 elections” in Georgia. Willis, for instance, is looking into the call Graham made to Raffensperger in the days after the November 2020 election. Raffensperger has said Graham pressed him about whether he had the power to reject certain absentee ballots, which Raffensperger interpreted as a suggestion to toss out legally cast votes.

The subpoena seeking Graham’s testimony in the case said he “made at least two telephone calls” to Raffensperger and his staff. “During the telephone calls, [Graham] questioned Secretary Raffensperger and his staff about reexamining certain absentee ballots cast in Georgia in order to explore the possibility of a more favorable outcome for former President Donald Trump. [Graham] also made reference to allegations of widespread voter fraud in the November 2020 election in Georgia, consistent with public statements made by known affiliates of the Trump Campaign,” the subpoena said.

Rebecca Shabad is a politics reporter for NBC News based in Washington.