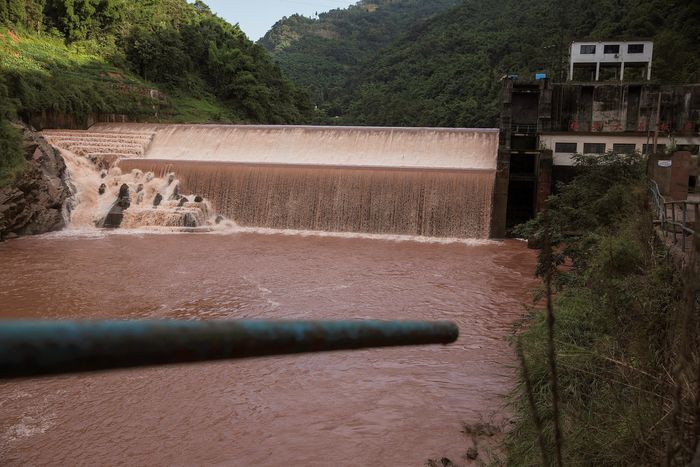 has asked Shanghai’s government to help ensure its suppliers in China’s Sichuan province would have sufficient electricity supply amid a power crunch, a government letter and people familiar with the matter said.

Tesla’s request came as it ramps up production at its Shanghai factory following a bumpy few months. It shut down its plant in Shanghai for weeks around May during the city’s two-month long Covid-19 lockdown. Tesla is concerned that should component supplies be delayed due to the power cuts, its vehicle production would further face backlogs, the people said.

So far, production has continued as usual at Tesla’s Shanghai plant, people briefed about the matter said.

Tesla didn’t immediately respond to a request for comment.

The power cuts in southwest China including Sichuan come as the country’s manufacturers in recent months have repeatedly grappled with supply-chain disruptions and factory shutdowns linked to Beijing’s stringent policy to rein in Covid-19 outbreaks.

The automotive industry has been among the hardest hit this year, with many car factories located in cities that went through lockdowns. In the first seven months of the year, passenger car sales in China fell 3.5% from the same period a year earlier, data from China Passenger Car Association showed. During the same period, sales of made-in-China Tesla cars—which includes exports—grew 66% to some 323,000 cars.

As parts of China suffer their worst heat wave in six decades and lower rainfall, Sichuan province, heavily reliant on hydropower, has been struck by a power crunch. This week, the province ordered many factories to shut or scale back production for six days to give priority to electricity supplies for homes, The Wall Street Journal has reported. The power curbs began on Monday and are slated to end Sunday.

The cuts have hit a number of global manufacturers, including car makers that are based in Sichuan, one of China’s automotive hubs. Earlier this week,

both said their plants in Sichuan had temporarily suspended operations. VW said it expected a slight delay on deliveries but believed they could be made up for in the near future.

, China’s fifth-biggest auto maker by sales and based in the southwest region, also said this week that it has “actively responded” to the government’s call to scale back production and give priority to supplying power for households. Changan runs a few car and engine factories under a joint venture with

in its home city. A Ford spokeswoman said it is staying in touch with the government and the central grid on electricity supply, and that it would dynamically adjust its production plan.

A letter from the Shanghai government to the Sichuan government, which was viewed by The Wall Street Journal and confirmed by Shanghai officials, said Tesla, as well as state-owned auto maker

, had told Shanghai authorities that 16 component suppliers in Sichuan were unable to produce at full capacity due to the power cuts.

The letter, which was from the Shanghai Municipal Commission of Economy and Information to its counterpart in Sichuan, also said the current situation could lead to a shortage of components and disrupt car production at the two car makers.

In the letter, which circulated on social media on Wednesday, the Shanghai agency asked officials in Sichuan to give priority to power supplies to those 16 part suppliers to support their production.

The city of Yibin, where

While an industrial power crunch has hit both auto component makers and car makers, the current inventory of components and vehicles should still be sufficient to meet consumer demand for cars, China Passenger Car Association said Friday. The industry group said it expects China’s car sales in August to grow 29.6% from a year earlier.

Tesla in July partly halted production in its Shanghai factory for several days to upgrade facilities and expand its manufacturing capacity. The Shanghai plant can now churn out more than 750,000 cars a year, making it Tesla’s biggest factory among its four plants globally in terms of production capacity, the company said in July.

The power cuts also impacted electric car users. Drivers in southwest China had difficulties charging their electric vehicles at public charging stations in recent days as many were shut due to the power crunch, drivers said.

Write to Raffaele Huang at raffaele.huang@wsj.com and Selina Cheng at selina.cheng@wsj.com