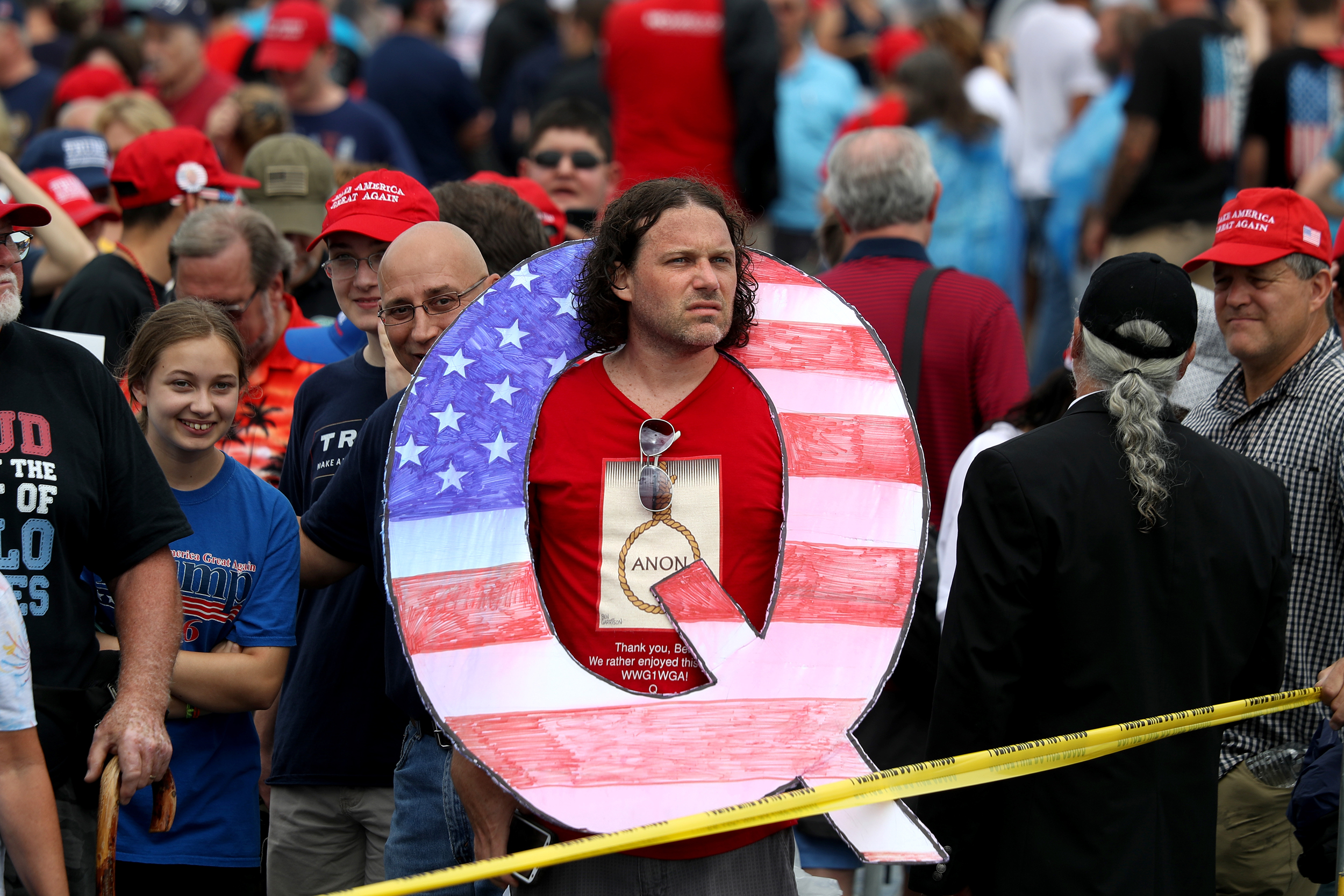 One post highlighted on his Truth Social account, which has more than 4 million followers, is a video clip that begins with an image showing a giant “Q” over his face and text that reads: “Information Warfare. It’s time to wake up.” The video features a compilation of meme-like images of Trump with graphics.

It’s yet another example of the former president’s overt promotion of QAnon — a movement that embraces the conspiracy theory that Trump is secretly fighting against evil forces connected to the Democratic Party.

“I won. They know it, I know it, you know it,” one post says with a photo of Trump pointing at the camera, falsely suggesting that he won the 2020 presidential election.

In one slide, it says that under a Trump presidency, “America comes first” and “not illegals” and “not refugees” and “not foreign workers.”

Another image says that the “real insurrection” is “how the Democrats cheated in 2020” and adds, “Never Forget.”

The montage then says that people should prepare for a “storm” and then displays a graphic showing the U.S. Capitol: “It’s going to be biblical.” Many of those arrested in connection with the Jan. 6, 2021, attack on the Capitol were QAnon followers.

Two other posts he promoted on Truth Social included explicit religious connotations — including one that stated: “I believe God can do it through him.” And another post with a meme of Jesus and the words: “Jesus is the greatest. President @realdonaldtrump is the second greatest.”

Trump has posted and reposted QAnon-related material before, but it’s now becoming a consistent embrace for him.

The QAnon conspiracy theory was built around Q, an anonymous account that posts periodically on 8kun, often with vague or symbolic language that is then interpreted by followers. The account claims to document a secret battle being waged by Trump against the Democratic Party, which followers of the theory contend is run by satanic, child-eating cannibals who run a pedophile ring filled with celebrities and political elites who have been covertly running the United States government for decades. None of the posts’ concrete predictions has come to fruition.

Rebecca Shabad is a politics reporter for NBC News based in Washington.