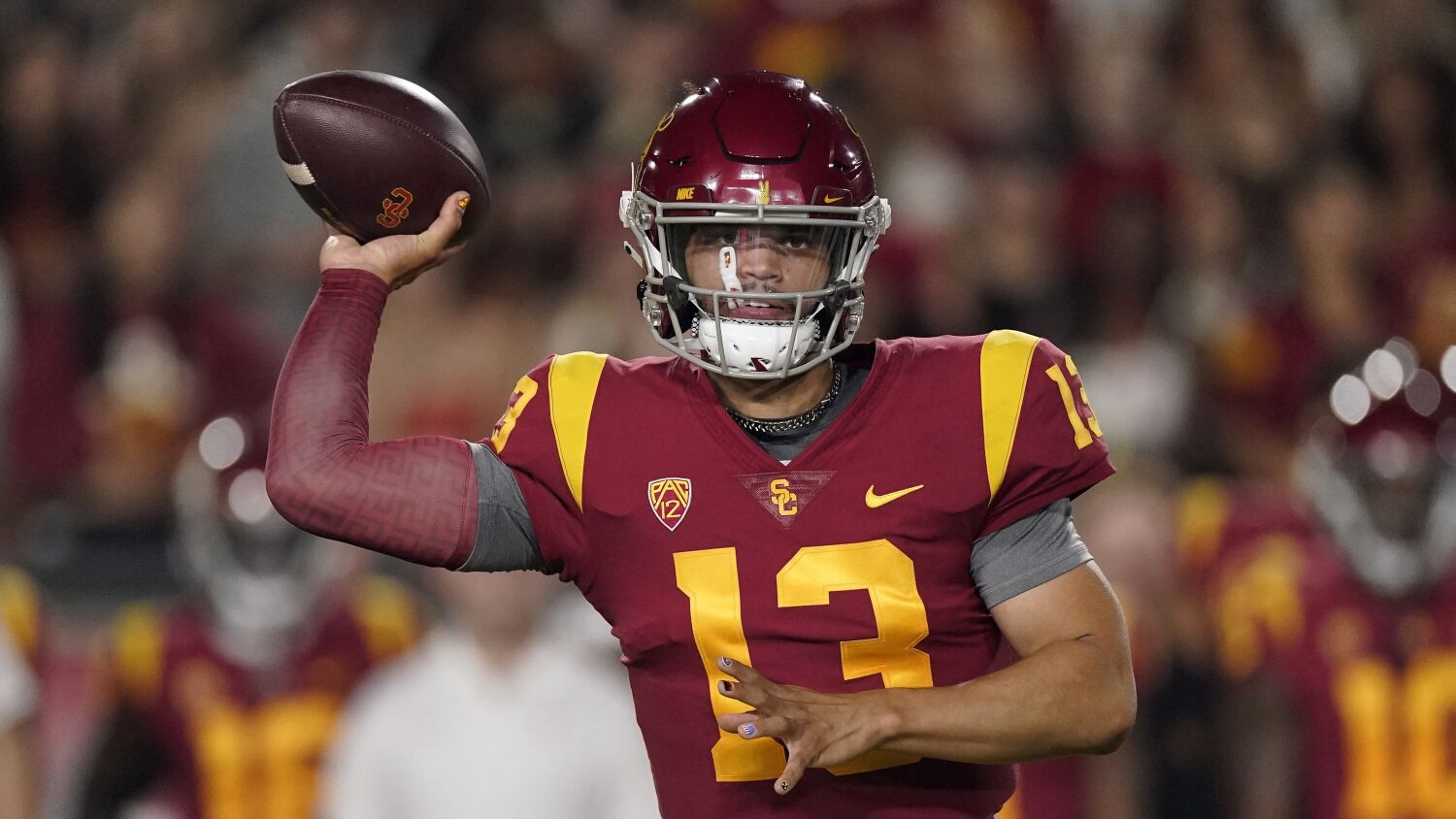 USC takes its No. 7 ranking into Saturday night’s Pac-12 battle of the unbeatens against Oregon State.

The Trojans, who are 3-0 both straight-up and against the spread after three convincing wins over Rice, Stanford and Fresno State, are 6½-point road favorites over Oregon State, which is also 3-0 SU & ATS after beating Boise State, Fresno State and Montana State.

The common opponent is Fresno State, which USC routed 45-17 last week while Oregon State barely held off 35-32 the week before. USC quarterback Caleb Williams threw for 284 yards and two touchdowns passes vs. Fresno State and ran for two more to dominate the game. Austin Jones and Travis Dye both rushed for more than 100 yards as the Trojans racked up 517 total yards with no turnovers. USC has also scored at least 45 points in all three of its games this season.

The public has been all over the Trojans as 91% of the bets and 77% of the money has been bet on them at DraftKings. This isn’t usually a good sign when the vast majority of bettors are on one side (for the most up-to-date betting trends, see VSiN’s CFB Betting Splits page).

The Over/Under has been set very high at 70.5 points, tied for highest on the Saturday college football card along with Texas Christian-Southern Methodist. Both USC and Oregon State are 2-1 with the Over so far this season.